Tottenham are eyeing a potential move for Jeremy Toljan and could sign the Hoffenheim full-back for just £3.1m this summer.

Managers are now pressing ahead with their plans for the summer transfer window so we’ll bring you all the latest news and gossip from around the globe. Today, Tottenham are linked with a German defender…. 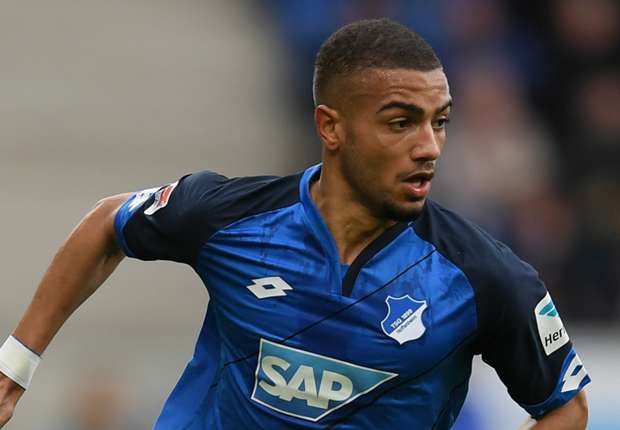 The Evening Standard are reporting that Tottenham are eyeing a potential move for Jeremy Toljan and could sign the Hoffenheim full-back for just £3.1m this summer.

Mauricio Pochettino is yet to add to his talented young squad so far this summer but the Spurs boss knows he needs reinforcements if they are to compete on all fronts this coming season.

A new right-back is needed after Kyle Walker completed a £50m move to Manchester City earlier this month and it appears Poch has identified Toljan as a potential replacement for the England international.

The 22-year-old full-back impressed with Hoffenheim last season but his future is in serious doubt as he’s in the final year of his contract and is yet to sign an extension with the German outfit.

It means Hoffenheim face the prospect of losing Toljan for free next summer unless they cash in and the Evening Standard claim Spurs could snap him up for just £3.1m.

Hoffenheim director of football Alex Rosen confirmed the player could be on the move to White Hart Lane as he says it would be difficult to stop him moving to Tottenham if they do formalise their interest.

Rosen is quoted by the Evening Standard as saying:

“If Tottenham come in and offer to treble Toljan’s salary, you cannot say: ‘London is an unattractive city or Tottenham are a bad club.’ This is all very positive, and then young people think about it.”

Toljan is capable of playing at either right-back or left-back so his versatility would be a useful asset for Pochettino and he’s tipped to become a full German international having already represented his country at various youth levels.

We’ll have to wait and see how things develop but if Kieran Trippier is going to be Tottenham’s first choice right-back this season then Toljan could be a solid back-up for the England man if Spurs decide to snap him up.