An image of Nemanja Matic wearing a Manchester United training shirt has emerged online amid reports a £40m deal has been agreed with Chelsea.

Managers are now pressing ahead with their plans for the summer transfer window so we’ll bring you all the latest news and gossip from around the globe. Today, Chelsea midfielder Nemanja Matic has been snapped wearing a Man Utd shirt…. 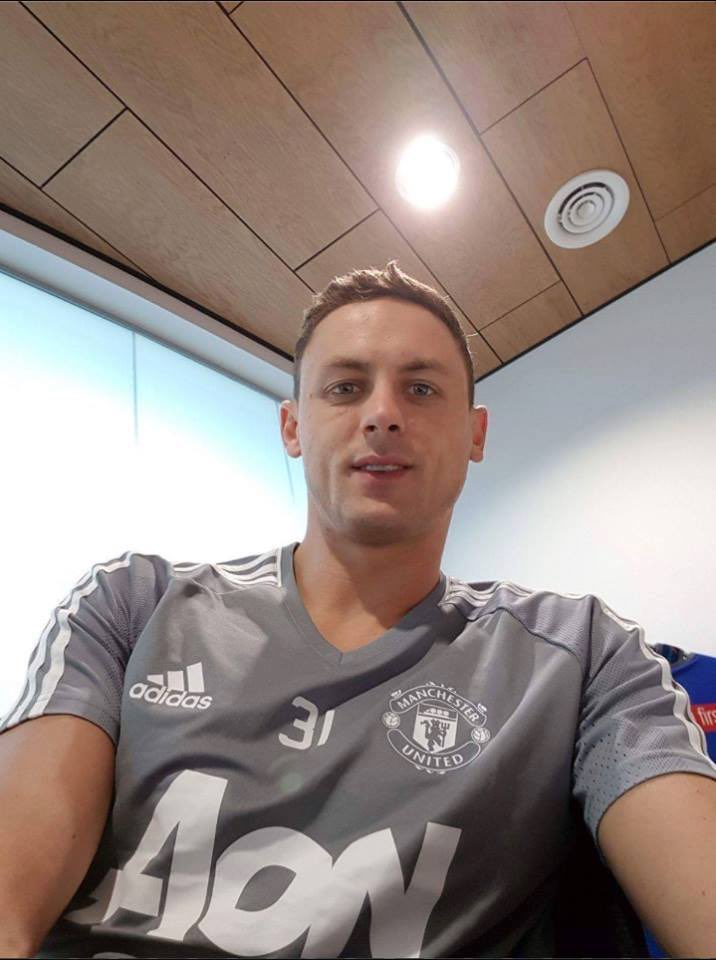 An image of Nemanja Matic wearing a Manchester United training shirt has emerged online amid reports a £40m deal has been agreed with Chelsea.

Matic has been expected to leave Stamford Bridge this summer following the arrival of Tiemoue Bakayoko from Monaco and was left out of their pre-season tour in order to resolve his future.

United have been strongly linked with a move for the midfielder along with Juventus but the Red Devils emerged as the front-runners after the Serie A champions baulked at Chelsea’s valuation.

Jose Mourinho has grown increasingly frustrated at the clubs lack of activity in the transfer market and has confirmed he’s hopeing to bring in another central midfielder this summer.

It looks like a reunion with Matic at Old Trafford is now on the cards as Sky Sports News claim United chiefs have agreed a £40m deal with the Blues following talks between the two clubs.

The news outlet suggests that while Chelsea would have preferred to sell Matic to Juve, the clubs hierarchy have allowed him to join a Premier League rival as a goodwill gesture because of his excellent contribution to the club having won two titles in the last three years.

Sky Sports say United are hoping to wrap-up the deal over the coming days in order to have Matic available to make his debut against Real Madrid in the UEFA Super Cup on August 8th.

It looks the 28-year-old could even be on board in time to play Sampdoria next week as a photo of Matic wearing a United training shirt has now emerged on social media.

We’ll have to wait for official confirmation of the transfer but it appears Matic is set to become United’s third major signing of the summer following the arrivals of Victor Lindelof and Romelu Lukaku.