Arsenal, Liverpool and Tottenham are battling to sign Max Meyer after the German attacker admitted he could leave Schalke before the end of the transfer window

Managers are now pressing ahead with their plans for the summer transfer window so we’ll bring you all the latest news and gossip from around the globe. Today, the race for Max Meyer hots-up….

Arsenal, Liverpool and Tottenham are battling to sign Max Meyer after the German attacker admitted he could leave Schalke before the end of the transfer window, according to talkSPORT.

Meyer has been with Schalke since joining the club as a youngster and progressed through the youth system to emerge as one of the hottest prospects in German football.

The 19-year-old has already made over 160 first team appearances and earned his first caps for the senior German national team having represented his country at every youth level from U16 to U21.

However, Meyer’s future at the Veltins-Arena is in serious doubt as he’s in the final year of his current contract and has so far refused Schalke’s attempts to tie him down to an extension.

It seems this has alerted several Premier League clubs as talkSPORT claim Arsenal, Liverpool and Tottenham are all battling to secure the teenagers signature this summer.

Meyer has now admitted that while he isn’t ready to force a move away from Schalke, he’s refused to rule out the possibility of leaving before the transfer window closes later this month.

The youngster is quoted as saying by talkSPORT:

“It is not the case that I want to leave come what may”,

“As things stand [I will stay], but you can never say for sure when you have one year left on your contract and the transfer window is open for another couple of months.”

Gunners boss Arsene Wenger has admitted he’s still in the market for further reinforcements having only signed two players this summer and Meyer could be viewed as a target amid on-going doubts over the future’s of Alex Oxlade-Chamberlain and Alexis Sanchez. 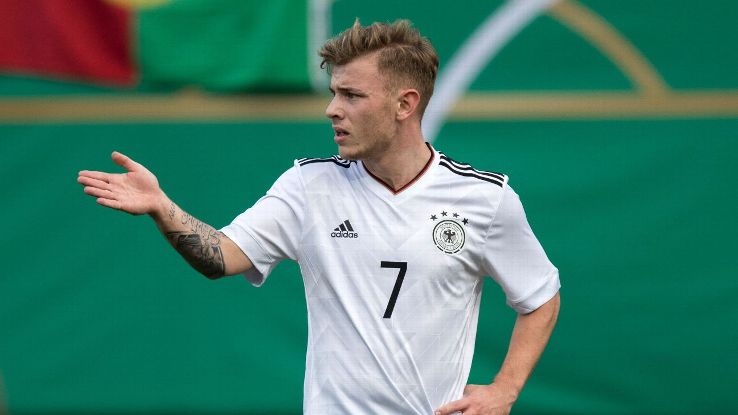 Liverpool may also have to dip in to the transfer market for another attacker if they lose Philippe Coutinho as Barcelona appear to have set their sights on the Brazilian international as a replacement for PSG-bound Neymar and Meyer is seemingly on Jurgen Klopp’s radar.

However, Spurs boss Mauricio Pochettino has vowed to be active during the closing weeks of the summer as he’s yet to make a single signing so far and the north Londoners could certainly do with a player of Meyer’s quality to provide more depth ahead of their return to the Champions League.

We’ll have to wait and see how things develop but Meyer is capable of playing anywhere across the attacking positions so I think he’d prove to be an excellent signing if Arsenal, Liverpool or Spurs manage to lure him to England this summer.