Managers are now pressing ahead with their plans for the summer transfer window so we’ll bring you all the latest news and gossip from around the globe. Today, Tottenham are linked with two Genoa players…. 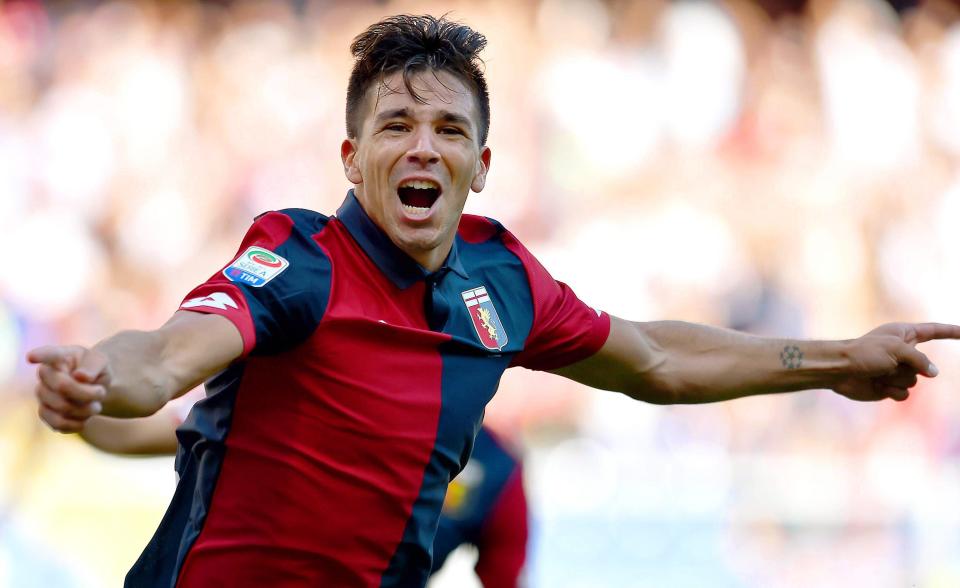 Tottenham have made contact with Genoa to discuss the availability of striker Giovanni Simeone and winger Diego Laxalt in what could be a £36m double swoop this summer, according to a report by TeamTalk.

Mauricio Pochettino is yet to sign a single new addition so far this summer as he’s found it difficult to find players willing to be squad players but the Spurs boss has vowed to be active during the closing stages of the window.

The Argentinean coach knows he needs to further strengthen his squad if they are going to compete ahead of their return to the Champions League and it looks like Spurs are finally looking to get their business underway.

TeamTalk are citing a report from Genoa-based paper Il Secolo XIX that claims Spurs have made contact with with the Italian outfit to discuss the availability of striker Simeone and winger Laxalt.

No doubt Genoa will be keen to keep hold of the attacking duo but the report indicates the Serie A side would be willing to do business if Tottenham put around £36m on the table.

Simeone is the son of Atletico Madrid manager Diego and he enjoyed a fine debut season in Italy having scored 12 goals in 35 appearances following his move from River Plate last summer.

The 22-year-old Argentinean under-23 international is highly-rated and would be viewed as back-up to Harry Kane if he did eventually make the move to North London. Laxalt joined Genoa on a permanent deal from Inter Milan last summer after initially impressing on loan and he’s already been capped by the senior Uruguayan national team having previously represented his country at youth level.

The 24-year-old is predominantly a left winger but he’s capable of playing centrally if needed so he’d offer Pochettino plenty of options if he was to agree a move to White Hart Lane this summer.

We’ll have to wait and see whether anything comes of Tottenham’s initial enquiry but £36m seems like decent value in today’s market for two of Italy’s hottest young talents.