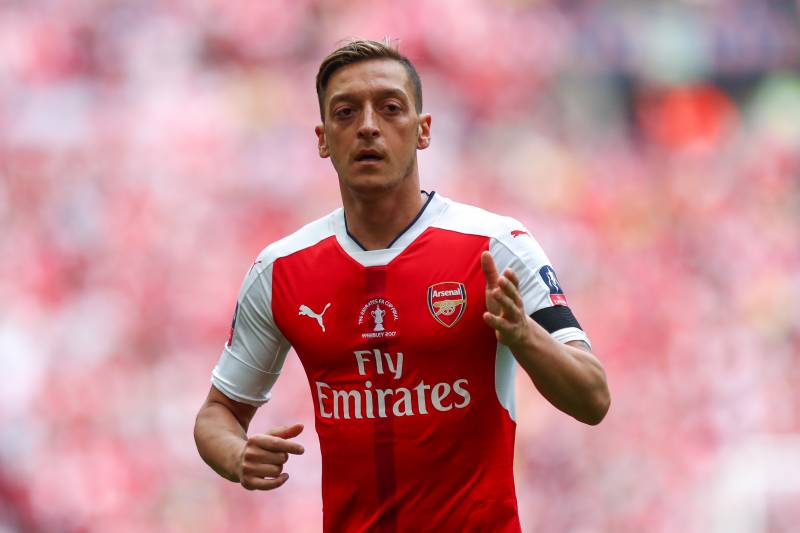 Arsene Wenger has confirmed that Mesut Ozil and Aaron Ramsey are major doubts for Arsenal’s clash with Leicester City on Friday night while Alexis Sanchez is also unlikely to start.

Ozil missed today’s penalty shoot-out victory over Chelsea in the Community Shield at Wembley after suffering an ankle injury in training last week.

Wenger had initially expected the German international to practice on Saturday and be in contention to face the Blues but he was unable to train yesterday and is now a major doubt to face the Foxes.

Ramsey was also absent from the game at Wembley today due to a minor calf injury and Wenger says the Welsh international is also unlikely to be passed fit for our Premier League opener.

Sanchez wasn’t involved against Chelsea either as he only returned to pre-season training last Tuesday and it seems like the Chilean super-star is facing a race against time to face Leicester as Wenger has admitted the attacker is short of fitness.

We also have increasing problems at the back as Per Mertesacker was forced off after suffering a nasty cut above his eye early-on in the game due to a stray elbow from Gary Cahill.

However, thankfully the boss says the injury isn’t too serious and Mertesacker himself says he might be in contention to take on Leicester if the swelling goes down over the next few days. 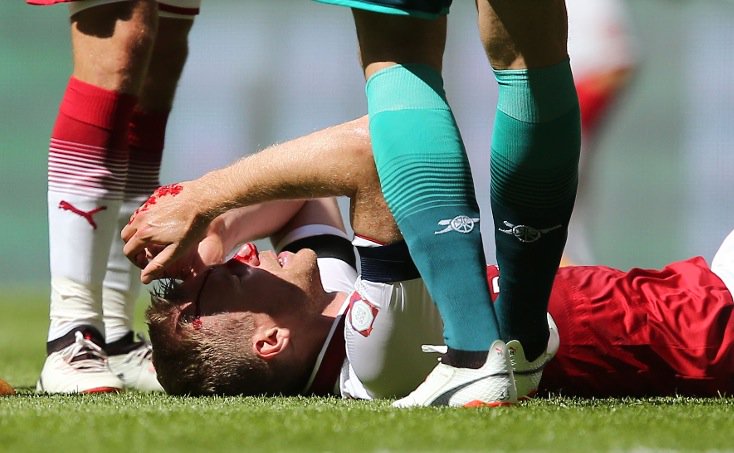 on Per Mertesacker…
He had a cut on his forehead. It’s nothing bad. It was just bleeding and open, but it’s not bad.

on whether Per’s substitution should be considered as a ‘tactical substitution’ as it was forced…
I don’t believe that, I think that we are allowed five substations – that is enough. It’s just an incident of disappointment. We are happy tonight and that’s it. Let’s just focus on the next game and try to start well. We play Leicester, they have experience and have the same team for four years now and that will be another battle.

on Mesut Ozil and Aaron Ramsey…
I left them all out because some are short of preparation like Alexis. Mesut got a kick on his ankle and it’s swollen so he couldn’t play. He couldn’t practise yesterday. We’ll see but he has a little chance of playing on Friday night. Aaron Ramsey has a chance of playing but I think he could be short as well with a small calf problem.

“I’m pretty well for that hit and for the deep cut I suffered, I feel quite well,”

“I’m not quite sure yet [about whether I will be fit to face Leicester]. We need to take care of this – you know how the swelling goes and if it turns into a black eye or something. It’s too early to say because health is the first thing.”

It will be a big blow if Sanchez, Ozil and Ramsey are all ruled out against Leicester on Friday night but we showed today we can cope without some of our key players.

Mertesacker’s potential absence may cause us more problems as Laurent Koscielny will miss the game through suspension while Shkodran Mustafi is lacking fitness and Gabriel is still out with a knee injury so we don’t have too many options in defence.