Arsenal kick off the new campaign when we host Leicester City at the Emirates this evening. Here’s a preview with team news, line-ups and prediction

Arsenal kick off the new 2017/18 Premier League campaign when we host Leicester City at the Emirates Stadium this evening.

Last year was a huge disappointment in the league as we finished outside the top four for the first time in 20 years but we managed to salvage something from the season after lifting the FA Cup.

However, the new signings have dried up and Alexis Sanchez, Mesut Ozil and Alex Oxlade-Chamberlain are yet to sign new deals so there are still plenty of question marks to an answered heading in to the new season.

We looked solid enough last weekend as we came from behind to beat Chelsea and win the Community Shield on penalties so hopefully that will give us some confidence this evening.

Wenger has been handed a major boost as Ozil is in contention after recovering from an ankle injury that kept him out of the Community Shield last weekend.

Aaron Ramsey could also come back in to the side after overcoming a minor calf problem while Per Mertesacker may feature despite suffering a nasty cut above his eye at Wembley.

Shkodran Mustafi is lacking match practice after returning late to pre-season training due to his participation in the Confederations Cup while Gabriel Paulista and Santi Cazorla are longer-term absentees.

Alexis Sanchez has also been ruled out with an abdominal injury and Laurent Koscielny is suspended as he’s still serving his ban following his dismissal against Everton on the final day of last season.

Kolasinac and Lacazette are in line for their Premier League debuts following their summer moves while Danny Welbeck looks favourite to start in attack ahead of Theo Walcott and Alex Iwobi.

As for Leicester, Kelechi Iheanacho has recovered from a toe injury so is in contention to make his competitive debut alongside fellow new signing Harry Maguire.

Robert Huth remains out with an ankle injury while Danny Drinkwater and Vicente Iborra are also out through injury. 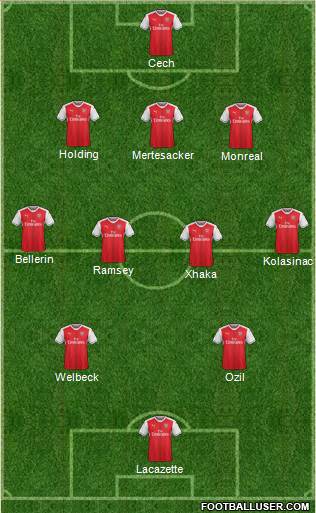 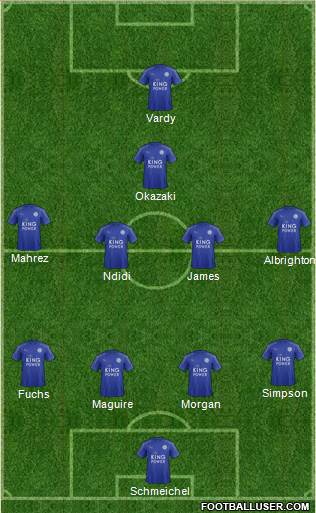 Arsenal 2-0 Leicester: We have an excellent record against the Foxes having not lost to them in our last 21 games in the league. However, our record on the opening day of the season is concerning as we’ve won just once in the last seven years. The squad isn’t in great shape as we’ll be without some key players but I think we should still have enough to beat Leicester on home soil.

Arsenal are the 8/15 favourites with the bookies but we can get new customers enhanced odds of 20/1 on the Gunners – just click here to take advantage of these crazy odds [winnings as free bet, £1 max stake, T&C’s apply].