Manchester United kick off the new season when they entertain West Ham at Old Trafford on Sunday. Here is the team I think Mourinho will pick for the game:

Manchester United kick off the new Premier League season when they entertain West Ham at Old Trafford on Sunday afternoon.

Goalkeeper: Despite fresh speculation linking him with a return to Spain this summer David De Gea looks set to stay at United and continue as their No.1 this season with Sergio Romero once again his back-up.

Defence: Mourinho went for a three at the back formation against Real Madrid in the Super Cup on Tuesday night but I think he might revert to a 4-2-3-1 this weekend.

Summer signing Victor Lindelof is in line to make his Premier League debut and he could be partnered by Eric Bailly with Chris Smalling dropping to the bench.

Antonio Valencia should start at right-back with Matteo Darmian moving out to left-back as Luke Shaw continues to work his way back to full fitness.

Midfield: Nemanja Matic is set to make his league debut for United following his move from Chelsea after impressing against Madrid in midweek and the Serbian should start alongside Ander Herrera in the middle of the park.

The likes of Michael Carrick and Marouane Fellaini will provide options from the bench as Paul Pogba should be deployed in the advanced midfield role. 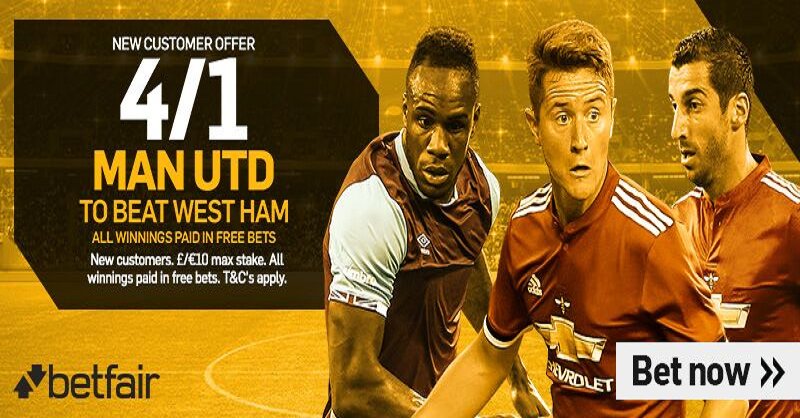 Attack: Jesse Lingard played in the unfamiliar left wing-back role against Madrid but was hooked at half-time so I think we’ll see him make way with Marcus Rashford coming in to the attack.

Henrikh Mkhitaryan is probably favourite to start ahead of Juan Mata and Anthony Martial so he should support Romelu Lukaku with the Belgian international set to make his league debut following his big-money move from Everton this summer. 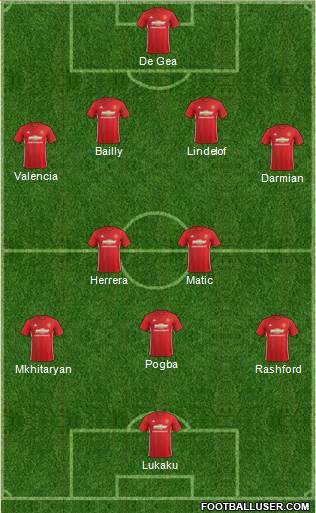