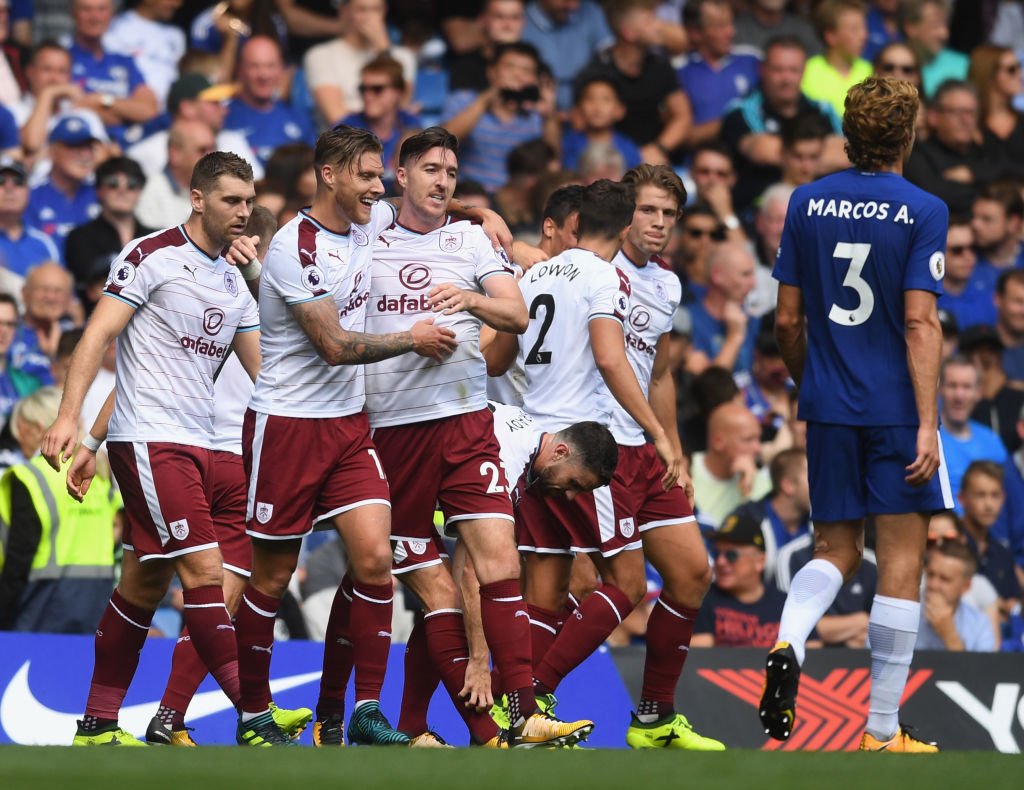 Chelsea’s Premier League title defence got off to the worst possible start as they crashed to a shock 3-2 defeat to Burnley and had two players sent off at Stamford Bridge this afternoon.

Most people were expecting a relatively comfortable afternoon for the champions but their task got a lot more difficult when Gary Cahill was shown a straight red card for a studs-up challenge on Steven Defour in just the 14th minute.

Burnley took full advantage and opened the scoring ten minutes later as Sam Vokes flicked past Thibaut Courtois from a Matt Lowton cross before Ward fired in to the far corner to make it 2-0.

The visitors shocked Stamford Bridge when they made it 3-0 shortly before half-time when Vokes got his second of the game with a well placed header in the 43rd minute.

Chelsea pulled one back midway through the second half as record summer signing Alvaro Morata came off the bench to head home but any sign of a comeback vanished when Cesc Fabregas was dismissed for a second booking in the 81st minute.

Despite having just nine men, the Blues did manage to make it 2-3 when David Luiz volleyed home from a Morata flick-on but Burnley held out to secure a famous win.