Tottenham take on Chelsea at Wembley on Sunday. Here is a preview with team news, line-ups, betting tips and predicted score

Tottenham will look to get off to a positive start at their temporary Wembley home when they entertain defending champions Chelsea on Sunday afternoon.

Spurs will play their home fixtures at the ‘home of football’ this season while White Hart Lane is redeveloped but they’ll need to improve upon their record at Wembley if they’re to mount a title challenge this year.

The north Londoners endured a difficult time at Wembley during their Champions League campaign last season so Mauricio Pochettino knows it’s important to get off to a positive start tomorrow.

Chelsea on the other hand head across London looking to bounce back from their disappointing opening weekend defeat to Burnley at Stamford Bridge that saw the Blues have Gary Cahill and Cesc Fabregas sent off.

Spurs will hand a late fitness test to Kieran Trippier after he recovered from an ankle injury that kept him out of last weekend’s win at Newcastle but Pochettino will give him every opportunity to start.

Danny Rose remains on the sidelines with a knee injury while Erik Lamela and Georges-Kevin Nkoudou are also still out through injury.

After playing four at the back at St James’ Park last time out, Pochettino is expected to revert to a back three as he did for the majority of games against the big boys last season.

Tiemoue Bakayko is in-line to make his debut for Chelsea as Conte has admitted he may need to rush the French international back in to action following a knee injury due to his lack of options in midfield.

Fabregas and Cahill are suspended but Victor Moses returns from his ban so he should be recalled in the right wing-back role with Cesar Azpilicueta moving back in to defence.

Pedro is a major doubt with an ankle injury while Eden Hazard is also expected to miss out as he’s still working his way back to fitness from a broken ankle.

Diego Costa won’t be involved once as he continues his exile from the squad but Alvaro Morata could make his full debut after scoring off the bench last weekend. 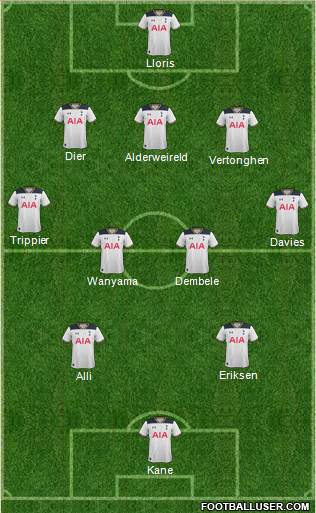 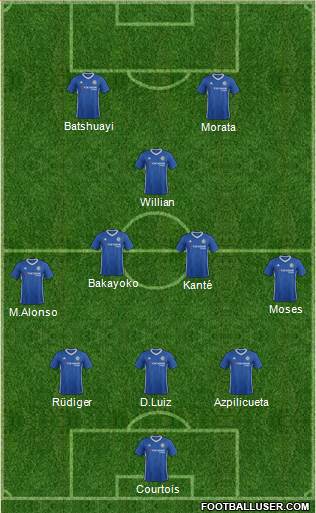 Tottenham 2-1 Chelsea: Spurs will be desperate to get off to a good start at ‘home’ as they’ve only won one of their previous nine competitive outings at Wembley. Chelsea have an excellent record against Tottenham but I fancy Pochettino’s side tomorrow. They were solid against Newcastle last week and as long as they don’t let Wembley get to them, I can see Spurs edging it.

Spurs are the 11/10 favourites to win this game with the bookmakers but we can get new customers enhanced odds of 30/1 on the north Londoners or 50/1 on Chelsea – just click here to take advantage of these incredible odds [winning paid in free bets, max stake £1, T&C’s apply].