Managers are now pressing ahead with their plans for the final weeks of the summer transfer window so we’ll bring you all the latest news and gossip from around the globe. Today, Man Utd and Tottenham are linked with Ezequiel Garay… 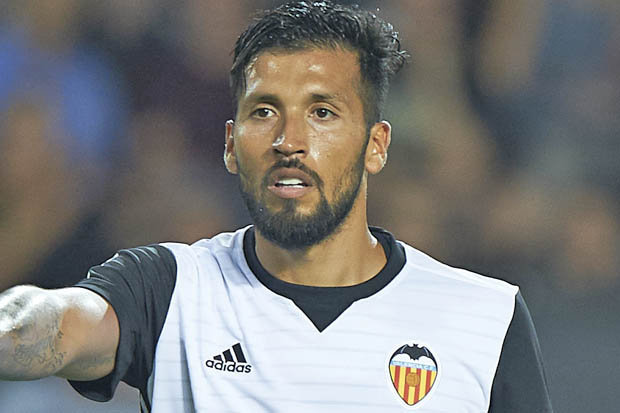 Manchester United and Tottenham have stepped-up their interest in Ezequiel Garay after sending scouts to watch the Valencia centre-back in action recently, according to The Sun.

Garay has enjoyed a well-travelled career that’s seen him play for the likes of Real Madrid, Benfica and Zenit St. Petersburg while he had an impressive debut campaign having joined Valencia last summer.

The 30-year-old has vast experience at both European and international level having been capped 32 times by Argentina so it’s no wonder he’s attracted plenty of interest in recent weeks.

It seems a move to the Premier League could be on the cards as The Sun are citing a report from SuperDeporte that claims Man Utd and Tottenham are among the clubs showing a keen interest in Garay.

The Spanish news outlet says that the English giants sent scouts to watch the defender in action last weekend and they sent back positive reports after Garay helped Valencia to a 1-0 win over Las Palmas.

It’s claimed in the paper that Jose Mourinho instructed chief Spanish scout Carlos Ruiz and head of scouting Javier Ribalta to watch Garay on Friday night ahead of a potential swoop.

The United boss has already splashed out on Victor Lindelof this summer so he’s not in desperate need of another centre-back but that could change if the likes of Chris Smalling or Marcos Rojo leave the club before the end of the month.

Tottenham are expected to be extremely active during the closing stages of the transfer window as boss Mauricio Pochettino is yet to complete a single signing so far.

However, the north Londoners have agreed a deal to sign centre-back Davinson Sanchez from Ajax and it looks like Pochettino could be eyeing another defender before the window slams shut in 9 days time.

Garay would by a solid signing for either United or Tottenham if they got a deal agreed but it remains to be seen whether they will formalise their interest over the coming days.