Gareth Southgate has named his 28-man squad for England’s upcoming qualifiers and there are plenty of players from Man Utd, Tottenham and Liverpool

Gareth Southgate has selected his 28-man squad ahead of England’s World Cup qualifiers against Malta and Slovakia next month and once again it’s dominated by players from the big Premier League teams.

Manchester United has four representatives with Phil Jones, Chris Smalling, Jesse Lingard and Marcus Rashford all being selected by Southgate for the double-header.

Tottenham Hotspur also have four players named in the squad with Eric Dier, Kieran Trippier, Dele Alli and Harry Kane all making the cut while Chelsea have just Gary Cahill representing them in the England set-up.

Arsenal duo Alex Oxlade-Chamberlain and Danny Welbeck are named in the squad while Liverpool’s Jordan Henderson and Daniel Sturridge also make the cut.

England head in to the Malta game on September 1st sitting two points clear at the top of Group F so another win would take them within touching distance of the World Cup finals in Russia next summer. 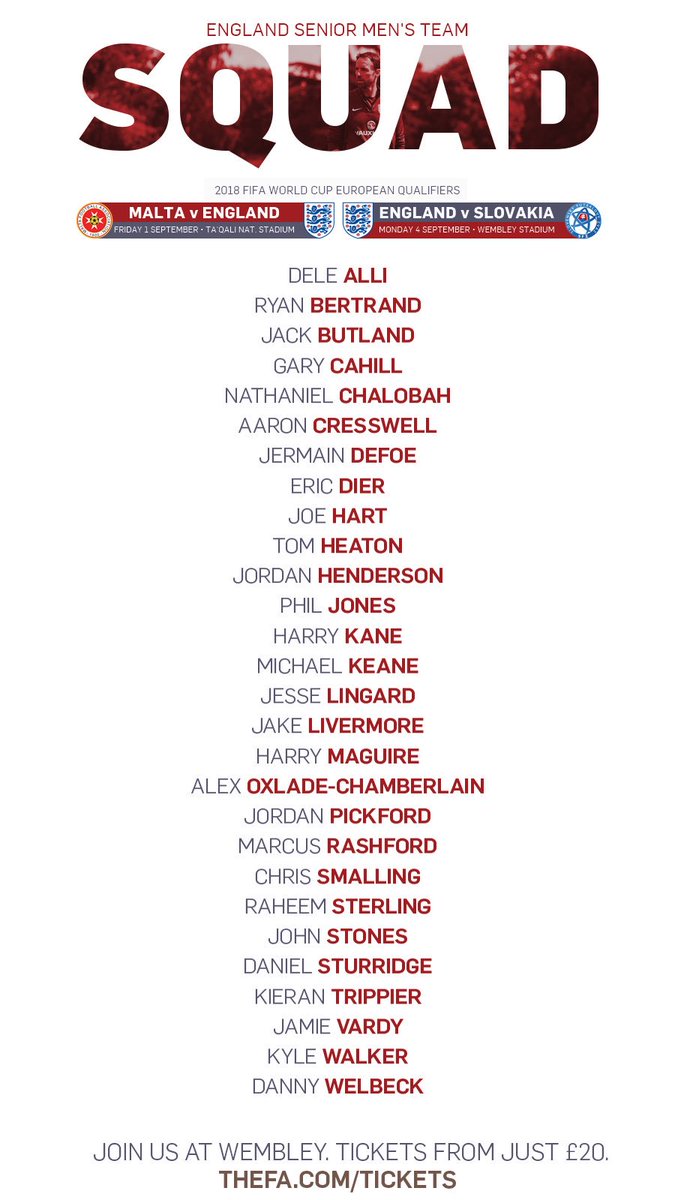