Tottenham take on Burnley at Wembley on Sunday. Here is a preview with team news, line-ups, betting tips and predicted score

Tottenham Hotspur will look to bounce back from last weekend’s defeat to Chelsea when they take on Burnley at Wembley on Sunday afternoon.

Spurs dominated for large parts against the Premier League champions but two superb Marcos Alonso goals consigned the north Londoners to a disappointing defeat at their new temporary home.

Given the loss extended Tottenham’s worryingly poor record at Wembley to 8 defeats in 10 games, Mauricio Pochettino will be keen to dispel any talk of a ‘hoodoo’ by securing a comfortable victory over Burnley tomorrow.

However, the Clarets showed on the opening weekend that they can be a match for any side in the division as they stunned Chelsea with a 3-2 win at Stamford Bridge so Spurs shouldn’t take anything for granted.

Tottenham will have new signing Davinson Sanchez available for selection after he received his work permit in time to be eligible but the defender is highly unlikely to start just yet.

Pochettino has no fresh injury worries to contend with but Danny Rose remains on the sidelines as he continues to recover from a knee ligament injury while Erik Lamela is also still unavailable.

Burnley will be without Jon Walters as their summer signing picked up a muscle injury during the midweek League Cup win over Blackburn while Jeff Hendrick is also out with a thigh problem. 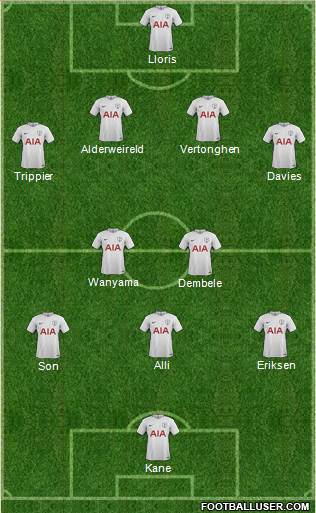 Tottenham 2-0 Burnley: Spurs have a solid record against Burnley as they’ve won four of their last six meetings and despite concerns over their form at Wembley, I can see them extended that run tomorrow. The visitors had a terrible away record last season and while they did pick up a rather fortunate win at Chelsea two weeks ago, I don’t see a repeat result here. I’m going for a routine home win.

Spurs are the 1/4 favourites to win this game with the bookmakers but here are some other bets I like the look of: