Sunday May Be D-Day For Hodgson 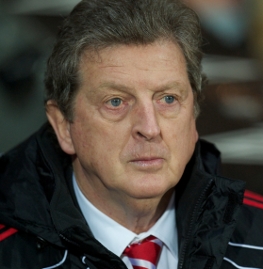 Roy Hodgson’s unfortunate reign at Anfield looks likely to extend onto Sunday and the FA Cup clash with Man Utd at Old Trafford.

In an unlikely turn of events, John Henry and Tom Werner will not be able to get into the UK until then to discuss with Roy his tenure at the club. Incumbent Kenny Dalglish is in Dubai and will not be back either until Sunday. So everything is on hold until the weekend.

It means that Hodgson will be still in charge of the team against Utd at Sunday lunch-time and even if he engineers a famous victory over our hated rivals, he may still be walking the plank. The Fenway Sports Group have become alarmed at Liverpool’s results, performances and, in particular, the opinion of the fans.

They are most anxious to remedy the managerial situation as soon as possible and will relieve Hodgson of his duties late this weekend.

Submitted  by Friends of Liverpool