Deadline day is here and managers are frantically trying to get those last minute deals over the line so we’ll bring you all the latest news and gossip from around the globe. Today, Chelsea are linked with Marcos Llorente… 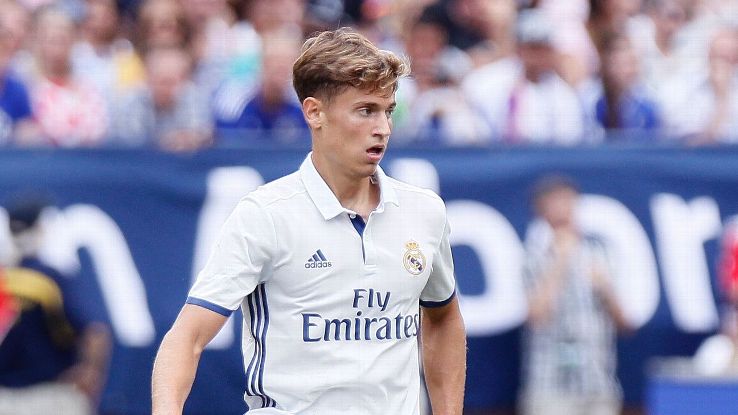 Chelsea have made a late move to try and sign unsettled Real Madrid midfielder Marcos Llorente as Antonio Conte looks to strengthen his squad this evening, according to reports in Spain via the Express.

Conte has made no secret of his desire to further strengthen his group of players before the transfer window closes at 11pm and a midfielder is believed to be a priority.

Chelsea have seen Nemanja Matic join Manchester United this summer while Nathan Chalobah has moved to Watford so Conte is looking to bring in at least one more option in the middle of the park.

The Blues have so far struggled to agree a deal with Leicester City for Danny Drinkwater while Alex Oxlade-Chamberlain snubbed a move in favour of joining Liverpool.

Therefore, Conte has had to move down his list of targets and the Express are citing a report from Diario Gol that claims Chelsea have made an offer for Madrid youngster Llorente.

The 22-year-old has been with Madrid since progressing through their youth ranks but he’s struggled to establish himself in Zinedine Zidane’s first team plans having made just 3 first team appearances.

Llorente enjoyed a season out on loan at Alaves last season and the Express claim he’s hoping to secure a move away from the Bernabeu again this summer with a switch to England now a possibility.

The newspaper doesn’t give any indication as to how much Chelsea are willing to pay for the Spanish U21 international or if they may even be looking at a loan move, they just say the Blues have put forward an offer for Llorente.

We’ll have to wait and see how things develop over the coming hours as I’m sure there will be plenty more rumours flying around as Conte tries to bring in a new midfielder before the window slams shut.