Arsenal take on Bournemouth at the Emirates this afternoon. Here is a preview with team news, line-ups, betting tips and predicted score

Arsenal will be desperate to get back to winning ways following a disappointing start to the season when we entertain Bournemouth at the Emirates this afternoon.

After securing a dramatic comeback win over Leicester on the opening weekend, we’ve slumped to consecutive defeats at Stoke and Liverpool to leave us on three points from our opening three games.

The 4-0 demolition at Anfield before the international break was an embarrassment to say the least so it’s vital we bounce back immediately and collect three points this afternoon.

We have an excellent chance of doing so as we face a Bournemouth side that are yet to register a single point this season following three consecutive defeats but Arsene Wenger will know not to take anything for granted.

Arsenal have no fresh injury worries to contend with so we have a strong squad at our disposal but Wenger will check on the fitness of some of our late arrivals from the international break.

Laurent Koscielny should be fit despite picking up a knock with France while Alexis Sanchez is also expected to start after making a swift recovery from a minor ankle problem that he suffered in training with Chile.

Jack Wilshere is unlikely to feature against his former club as he’s still not match fit so he’ll join Santi Cazorla on the sidelines.

Bournemouth have been boosted by the news that Simon Francis has recovered from a hamstring problem but Junior Stanislas (groin) and Callum Wilson (knee) continue to miss out. 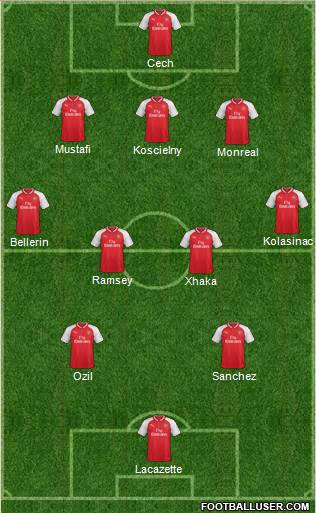 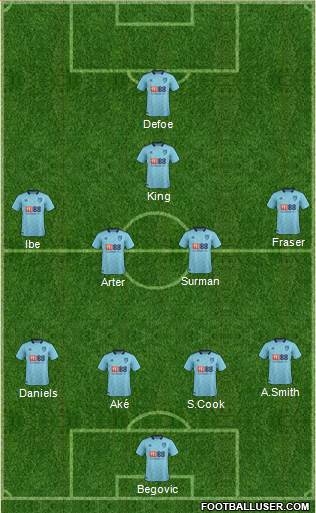 Arsenal 3-1 Bournemouth: The Cherries can be a dangerous side on their day and they were unlucky to lose against Man City last time out. However, this is a must-win for Arsenal so I’m expecting a response from the players following our poor start to the season.

Arsenal are the 4/11 favourites with the bookmakers but we can get new customers enhanced odds of 20/1 on the hosts –  just click here to snap-up this exciting offer [winning paid in free bets, max stake £1, T&C’s apply]