Inter Milan want to tie Mauro Icardi down to a new contract and increase his £100m buyout clause as Arsenal, Chelsea and Man Utd battle it out for his signature

The transfer window is now closed but clubs are already thinking ahead to January and next summer so we’ll bring you all the latest gossip from around the globe. Today, news on the future of Mauro Icardi… 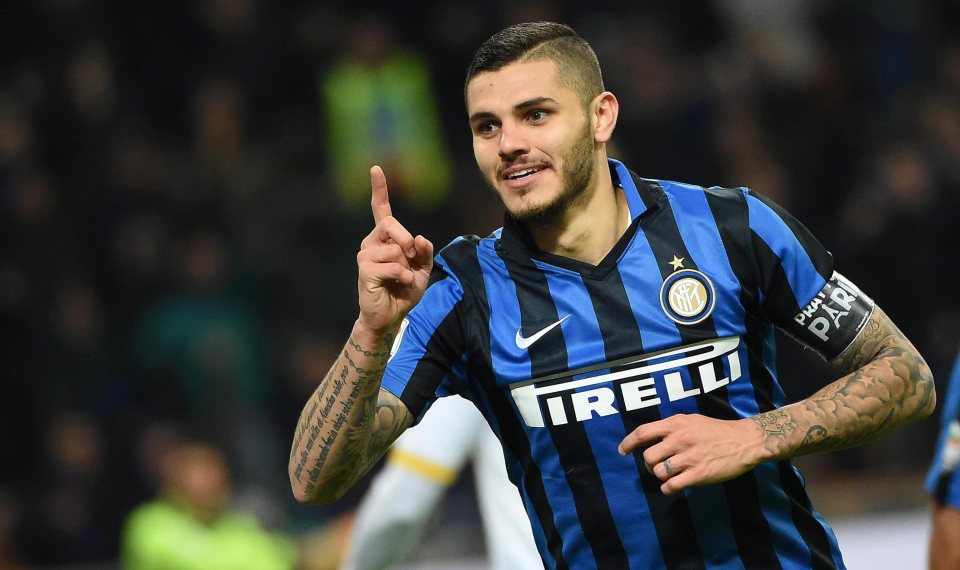 Inter Milan are desperate to tie Mauro Icardi down to a new contract and increase his £100m release clause as Arsenal, Chelsea and Manchester United battle it out for his signature, according to a report by talkSPORT.

Icardi was once part of the Barcelona youth system but he has made his name since joining Inter from Sampdoria in 2013 having scored 83 goals during his 149 appearances so far.

The 24-year-old was rewarded with a new contract last October which saw a £100m release clause included that could only be triggered by clubs outside of Italy.

That figure would have been a world record a year ago but the transfer market exploded this summer with Neymar joining PSG for £200m, Kylian Mbappe set for a £160m move to PSG next summer and Ousmane Dembele heading to Barcelona in a deal that could reach £135m.

Icardi for £100m now looks like an excellent piece of business so understandably he’s attracting plenty of interest from the Premier League with talkSPORT claiming that Arsenal, Chelsea and United are all vying for his signature ahead of next summer.

Arsene Wenger needs to find a replacement for Alexis Sanchez as the Chilean international is set to walk away when his contract expires next summer and Icardi has long been linked with a move to the Emirates.

Antonio Conte could also be in the market for a new striker with Diego Costa on the verge of moving to Atletico Madrid while United will need to find a long-term replacement for Zlatan Ibrahimovic.

Icardi would be a superb signing for any of the English clubs but talkSPORT are citing a report from Premium Sport that claims Inter are now hoping to tie the striker down to a new deal.

The report says the Italian giants are expected to make contact with Icardi’s agent to offer him a new contract worth £4.2m-per-season that would see his release clause rise to £190m.

If the Argentinean international puts pen-to-paper on the new deal, Inter hope his increased release figure may deter the likes of Arsenal, Chelsea and United from pursuing their interest next summer.