Arsenal take on Cologne at the Emirates this evening. Here is a preview with team news, line-ups, betting tips and predicted score

Arsenal will play their first Europa League game in 17 years when we welcome Bundesliga outfit Cologne to the Emirates tonight.

It was hugely disappointing to see our 20-year run of Champions League qualification come to an end after finishing fifth in the Premier League last season but it had to happen eventually.

Arsene Wenger has made it clear the Europa League won’t be a top priority this season as he wants to concentrate on the league and at least finishing back in the top four this campaign.

With a huge trip to Stamford Bridge to face defending champions Chelsea coming up on Sunday lunchtime, the boss is set to rest some of his key men and field a weakened side this evening.

However, we shouldn’t discount the Europa League entirely as it does still represent another opportunity to qualify for the Champions League and win a trophy – as Manchester United showed last season.

The last time we played in the second tier of European competition we lost on penalties to Galatasaray in the 2000 UEFA Cup final after being held to a 0-0 draw by the Turkish giants.

We warmed up for the game by beating Bournemouth 3-0 on Saturday afternoon while Cologne have endured a difficult start to their season having lost all three of their games so far.

Wenger is set to ring the changes with the likes of Petr Cech, Laurent Koscielny, Alexandre Lacazette, Mesut Ozil, Danny Welbeck, Aaron Ramsey and Granit Xhaka all expected to be rested.

Alexis Sanchez did train with the squad yesterday and should be involved – although he may only be named on the bench as Wenger looks to protect him for the Chelsea game.

Francis Coquelin has been ruled out for three weeks with a hamstring injury while Reiss Nelson and Ainsley Maitland-Niles are pushing for starts after impressing with the U23s this season. 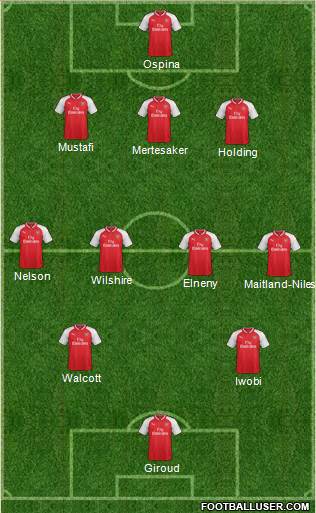 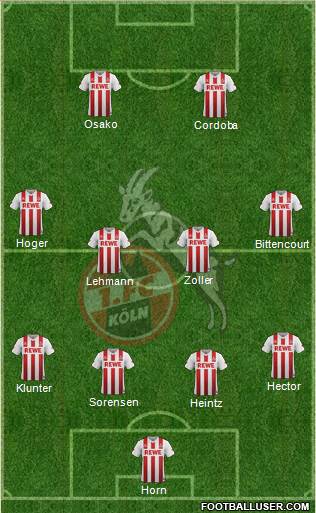 Arsenal 2-0 Cologne: After a difficult opening to the season, we looked like a team again during the win over Bournemouth so hopefully we see a confident display tonight. Obviously it’s going to be a disjointed side which will affect the performance but despite missing a number of top class players, we are still able to field a quality team. Cologne will no doubt have a go but I can see a routine Arsenal win.

Arsenal are the 4/11 favourites with the bookmakers but we can get new customers enhanced odds of 20/1 on the hosts –  just click here to snap-up this exciting offer [winning paid in free bets, max stake £1, T&C’s apply]