Tottenham take on Swansea at Wembley on Saturday evening. Here is a preview with team news, line-ups, betting tips and predicted score

Tottenham Hotspur get back to Premier League action following their exploits in Europe when they take on Swansea at Wembley on Saturday evening.

Spurs produced a superb display to kick-off their Champions League group stage campaign with an impressive 3-1 victory over Borussia Dortmund in midweek.

Mauricio Pochettino will be hoping that result gives Tottenham the confidence they need to end the so-called ‘Wembley curse’ having taken just one point from their opening two league games so far at their adopted home.

The north Londoners should be confident of securing all three points tomorrow as they face a Swansea side who sit 15th in the division following their 1-0 home defeat to Newcastle United last weekend.

Tottenham will continue to be without Danny Rose as the left-back is still weeks away from returning to training following a knee ligament injury that he suffered back in January.

Victor Wanyama is also still missing due to a knee injury while Erik Lamela is still working his way back to full fitness following 11 months on the sidelines with a hip injury.

Dele Alli is set to return to the starting eleven after missing the Dortmund game through suspension while Kieran Trippier could be recalled at right-back with Serge Aurier unlucky to drop out.

Swansea will continue to be without midfielder Ki Sung-yueng due to a knee injury while Kyle Bartley (knee ligaments) and Nathan Dyer (Achilles) also remain out. 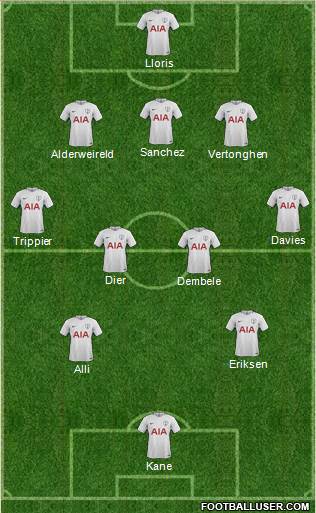 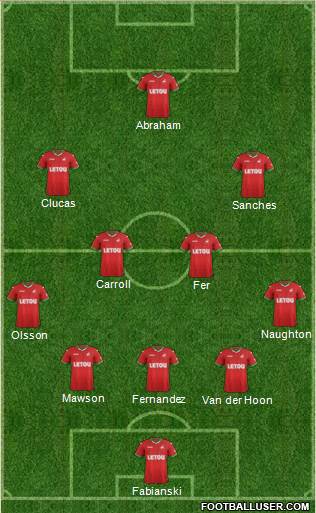 Tottenham 2-0 Swansea: Spurs will be relieved to get a big win at Wembley under their belt and they will be confident of getting their first ‘home’ league win tomorrow as they’ve won 10 of their last 12 meetings with Swansea. The Welsh outfit have lost 18 of their last 19 away games at Spurs and I don’t see that record improving this weekend.

Spurs are the 2/9 favourites to win this game with the bookmakers but we can get new customers enhanced odds of 18/1 on the hosts –  just click here to snap-up this exciting offer [winning paid in free bets, max stake £1, T&C’s apply]