Liverpool take on Burnley at Anfield on Saturday afternoon. Here is a preview with team news, line-ups, betting tips and predicted score

Liverpool get back to Premier League action after their exploits in the Champions League when they welcome Burnley to Anfield on Saturday afternoon.

The Reds were frustrated in their group stage opener on Wednesday night after letting slip a lead and missing a decisive penalty to draw 2-2 with Spanish outfit Sevilla.

That game came off the back of last Saturday’s 5-0 thrashing at the hands of Manchester City so Jurgen Klopp will be desperate to get back to winning ways tomorrow.

Liverpool will take on a Burnley side that have already taken four points from away games at Chelsea and Tottenham this season and are one place above them in the table so Klopp will know not to take this task too lightly.

The hosts will be without Sadio Mane as he starts a three-game suspension following his controversial dismissal at City last weekend.

Philippe Coutinho could therefore come in to make his first start of the season having made a cameo appearance off the bench in midweek.

Klopp has hinted he’ll freshen things up so Trent Alexander-Arnold could replace Joe Gomez at right-back while Alex Oxlade-Chamberlain is pushing to make his full debut.

Andrew Robertson is also an option but Klopp will find it difficult to leave Alberto Moreno out right now given his form while Simon Mignolet is set to return in goal.

Nick Pope will start in goal for Burnley as Tom Heaton has been ruled out for several months with a dislocated shoulder that he sustained against Crystal Palace last week.

Jeff Hendrick could be back in contention following a thigh problem but Dean Marney remains out with a long-term knee injury. 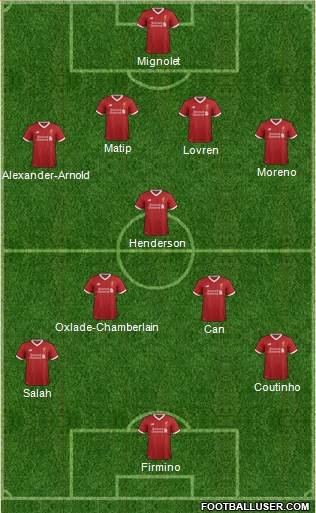 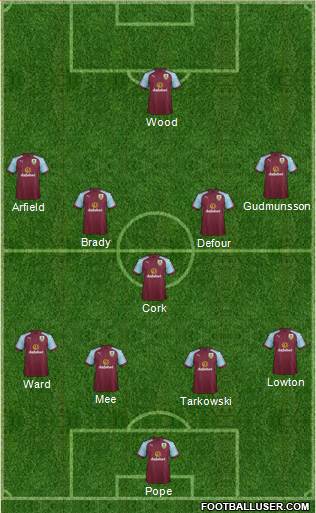 Liverpool 2-0 Burnley: The hosts haven’t conceded in their last four league games at Anfield and have lost just one of their last 23 home games against Burnley so everything points to a Liverpool win. Mane will be a huge miss but Coutinho isn’t exactly a bad replacement so I think the Reds will have too much firepower for Burnley to handle.

Liverpool are the 2/7 favourites with the bookmakers but we can get new customers enhanced odds of 20/1 on the hosts – just click here to take advantage of these crazy odds [winning paid in free bets, max stake £1, T&C’s apply].