Chelsea take on Arsenal at Stamford Bridge on Sunday afternoon. Here is a preview with team news, line-ups, betting tips and predicted score

Chelsea will be looking to continue their excellent recent form when they welcome Arsenal to Stamford Bridge on Sunday afternoon.

The Blues have recovered from a shock opening weekend loss to Burnley by winning their last four games in all competitions which included victories over Tottenham, Everton and Leicester.

Antonio Conte’s side warmed up for this game with an impressive 6-0 thrashing of Qarabag in the Champions League on Tuesday night but they will be out for revenge against Arsenal after losing the FA Cup final and Community Shield to their London rivals.

The Gunners have found a bit of form in recent games after beating Bournemouth and Cologne but Arsene Wenger will know they face a much sterner test at the home of the defending champions.

Chelsea will be without midfielder Danny Drinkwater as he’s been ruled out for at least another three weeks with a calf injury that’s hampered him so far this season.

Conte is expected to make changes from the side that played in midweek with Eden Hazard in contention to start his first game this season after getting another 30 minutes under his belt against Qarabag.

David Luiz, Victor Moses and Alvaro Morata are also expected to get recalls after being rested for their Champions League clash.

Arsenal are sweating on the fitness of Mesut Ozil as the playmaker was not seen in training today after missing the Cologne game with an unspecified knock.

Aaron Ramsey was also a doubt to face Chelsea but the Welshman was back in training today so should return to the midfield tomorrow along with Granit Xhaka.

Petr Cech, Laurent Koscielny, Shkodran Mustafi, Sead Kolasinac and Alexandre Lacazette are also expected to get recalls while Danny Welbeck could start if Ozil is ruled out. 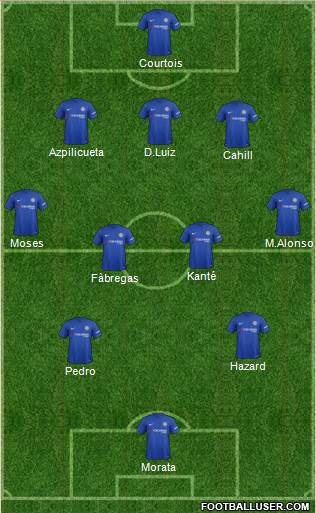 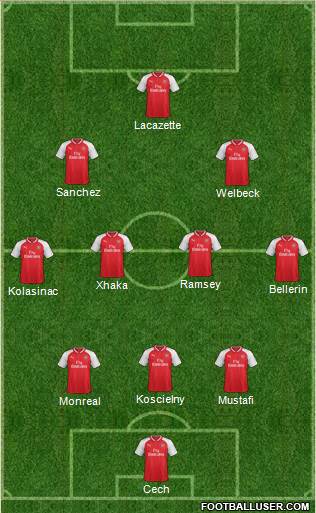 Chelsea 2-1 Arsenal: The Gunners have a woeful away record against the top-six teams having not won on the road to their rivals in their last 13 attempts. Chelsea have also won seven of the last eight encounters between the two sides at Stamford Bridge so it’s difficult to see past a home win. I actually fancy Arsenal to put up a good fight, but think Chelsea will still have too much in the end.

Chelsea are the 3/4 favourites to win this game with the bookmakers but we can get new customers enhanced odds of 25/1 on the Blues or 50/1 on the Gunners – just click here to take advantage of these incredible odds [winning paid in free bets, max stake £1, T&C’s apply].