Arsenal take on Doncaster at the Emirates this evening. Here is a preview with team news, line-ups, betting tips and predicted score

Arsenal will be looking to book their place in the fourth round of the Carabao Cup when we take on Doncaster at the Emirates this evening.

After a poor start to the new season, we’ve found a bit of form in recent weeks having secured back-to-back wins over Bournemouth and Cologne before an impressive 0-0 draw at Chelsea on Sunday.

However, we turn our attention to League Cup matters tonight and while it may not be Arsene Wenger’s top priority this season, he’ll still be hoping for a solid display against our League One rivals.

We last played Doncaster at the quarter final stages of the competition in 2005/6 when we needed penalties to progress after drawing 2-2 so let’s pray we make life a little easier for ourselves tonight.

Wenger is set to ring the changes as he protects his key men ahead of Monday night’s Premier League clash with West Brom so we should see a similar side to the one that beat Cologne in the Europa League last week.

Danny Welbeck has been ruled out with a groin injury while Mesut Ozil won’t be risked as he’s still nursing a minor knee problem so he remains out along with Francis Coquelin and Santi Cazorla.

Jack Wilshere and Calum Chambers are set to play their first games for Arsenal in over a year while we should see the likes of Reiss Nelson and Ainsley Maitland-Niles given chances to impress.

David Ospina, Per Mertesacker, Rob Holding, Mohamed Elneny, Theo Walcott and Olivier Giroud are also expected to be recalled to the starting eleven while Alexis Sanchez may also be included in the squad.

As for Doncaster, they have been boosted by the news that Tommy Rowe has been passed fit from a calf injury while Jordan Houghton is also fit again. 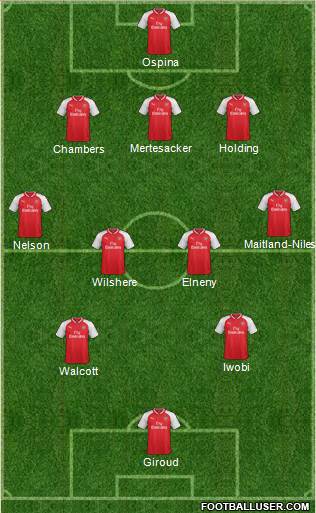 Arsenal 3-0 Doncaster: We have an excellent record against lower league opposition in the League Cup as you’d have to go back to 1983 for our last defeat. Despite making wholesale changes to the starting eleven, we’re still capable of fielding a strong side so I don’t think we’ll have too many problems this evening.

Understandably, Arsenal are the 1/10 heavy favourites to win this game with the bookmakers but we can get new customers enhanced odds of 16/1 on the Gunners – just click here to take advantage of these incredible odds [winning paid in free bets, max stake £1, T&C’s apply].