Chelsea will look to take a huge step towards the knockout stages of the Champions League when they take on Roma at Stamford Bridge on Wednesday night.

Ahead of the game, Antonio Conte has been speaking to the media at his pre-match press conference this afternoon and the Blues boss was pleased to confirm a major injury boost.

Photos emerged on Tuesday morning of Alvaro Morata taking part in full training with the rest of the squad after making a swift recovery from a hamstring problem.

Morata picked up the injury while playing against Man City before aggravating the issue when away with the Spain squad during the international break earlier this month and it forced him to miss Saturday’s defeat away to Crystal Palace.

However, Morata was back in training today and Conte has now confirmed that the 24-year-old is in contention to start against Roma when the Italians arrive in west London tomorrow night.

The news will come as a major boost to Conte as Morata has enjoyed an excellent start to life at Stamford Bridge since joining Chelsea from Real Madrid in the summer.

The striker has scored seven goals in his eight appearances so far and has been central to Conte’s plans in recent months so no doubt the Blues boss will be tempted to give him an immediate recall tomorrow.

However, Chelsea will continue to be without N’Golo Kante and Danny Drinkwater due to injury while Victor Moses is also ruled out after picking up a hamstring injury against Palace.

Here are a couple of other photos of Morata in training today: 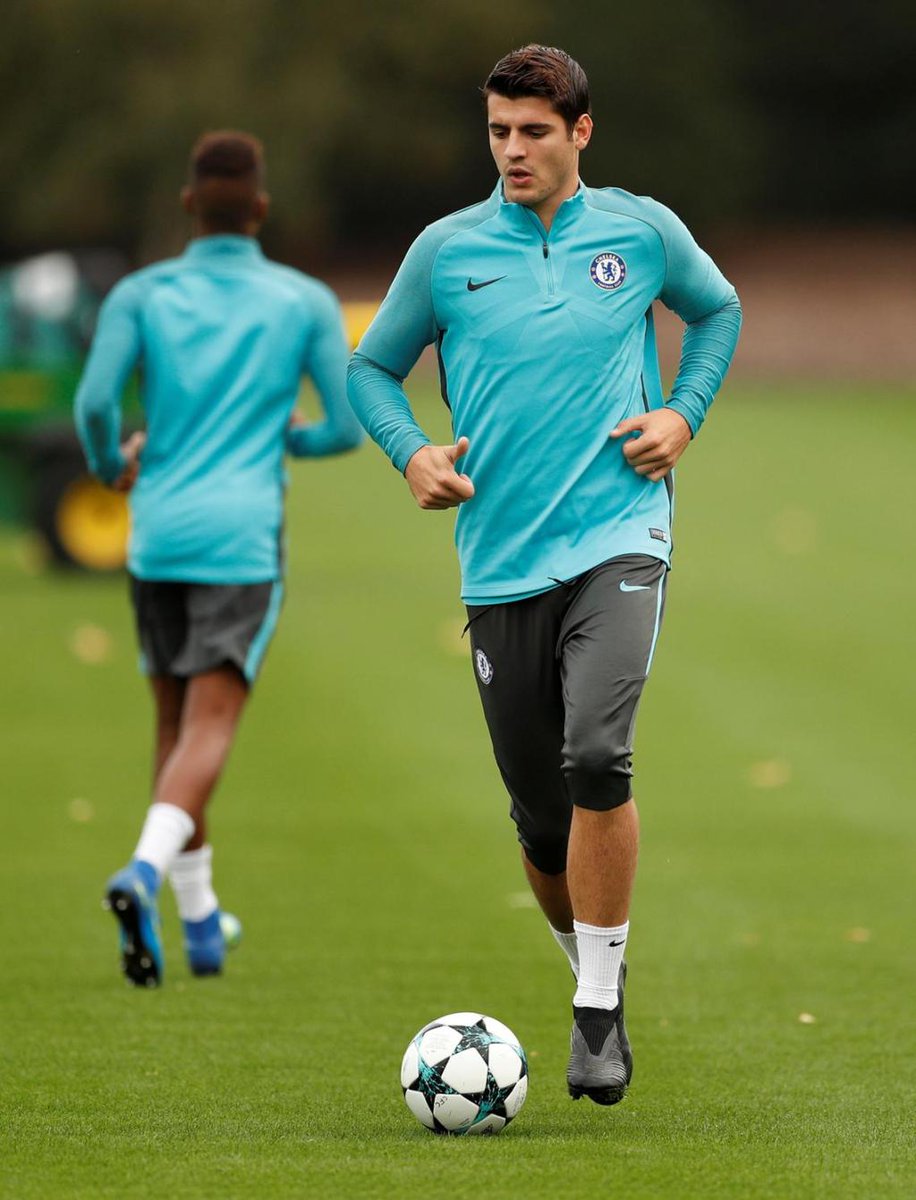