Chelsea entertain AS Roma at Stamford Bridge this evening. Here is a preview with team news, line-ups and predicted score.

Chelsea will look to put one foot in the knockout stages of the Champions League when they take on AS Roma at Stamford Bridge this evening.

The Blues warmed up for the game with a hugely disappointing 2-1 defeat to Crystal Palace at Selhurst Park on Saturday which has left them sitting fifth in the Premier League table and nine points adrift of the leaders.

However, it’s Champions League matters that will be the focus for Antonio Conte’s side this evening as Chelsea aim to maintain their 100% record in the competition so far.

The West Londoners have already recorded victories over Qarabag and Atletico Madrid so another win tonight would move them five points clear of their nearest rivals and to within touching distance of the knockout phase.

Roma currently sit second in Group C on four points having drawn with Madrid and beaten Qarabag so the Serie A giants can take control of the group if they collect all three points this evening.

Chelsea have been handed a major boost with the news that Alvaro Morata is back in contention after making a swift recovery from a hamstring injury that kept him out of the Palace game.

However, Victor Moses has been ruled out for around a month with a hamstring injury so Davide Zappacosta is set to get a recall in the right wing-back position.

N’Golo Kante is also still nursing a hamstring problem while Danny Drinkwater remains out with a calf issue so Conte has limited options in midfield.

Roma midfielder Kevin Strootman is set to return after missing the defeat to Napoli at the weekend while attacker Stephan El Shaarawy is also back in contention.

But defender Kostas Manolas is out after picking up an injury at the weekend while Patrik Schick and Gregoire Defrel are doubts. 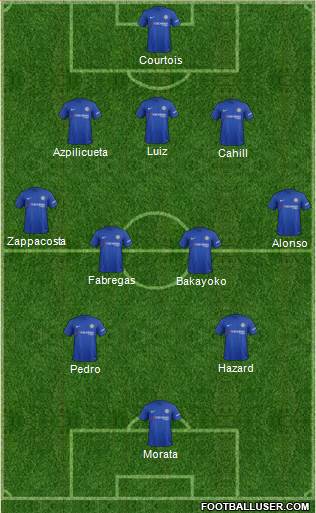 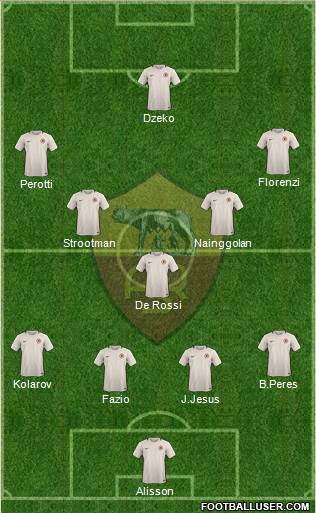 Chelsea 2-1 Roma: The visitors have never won an away Champions League game in England and haven’t kept a clean sheet in any of those eight games so Chelsea will be confident of scoring tonight. I do think this is going to be an extremely tough game for Conte’s side but feel they’ll do just enough to edge it on home soil.