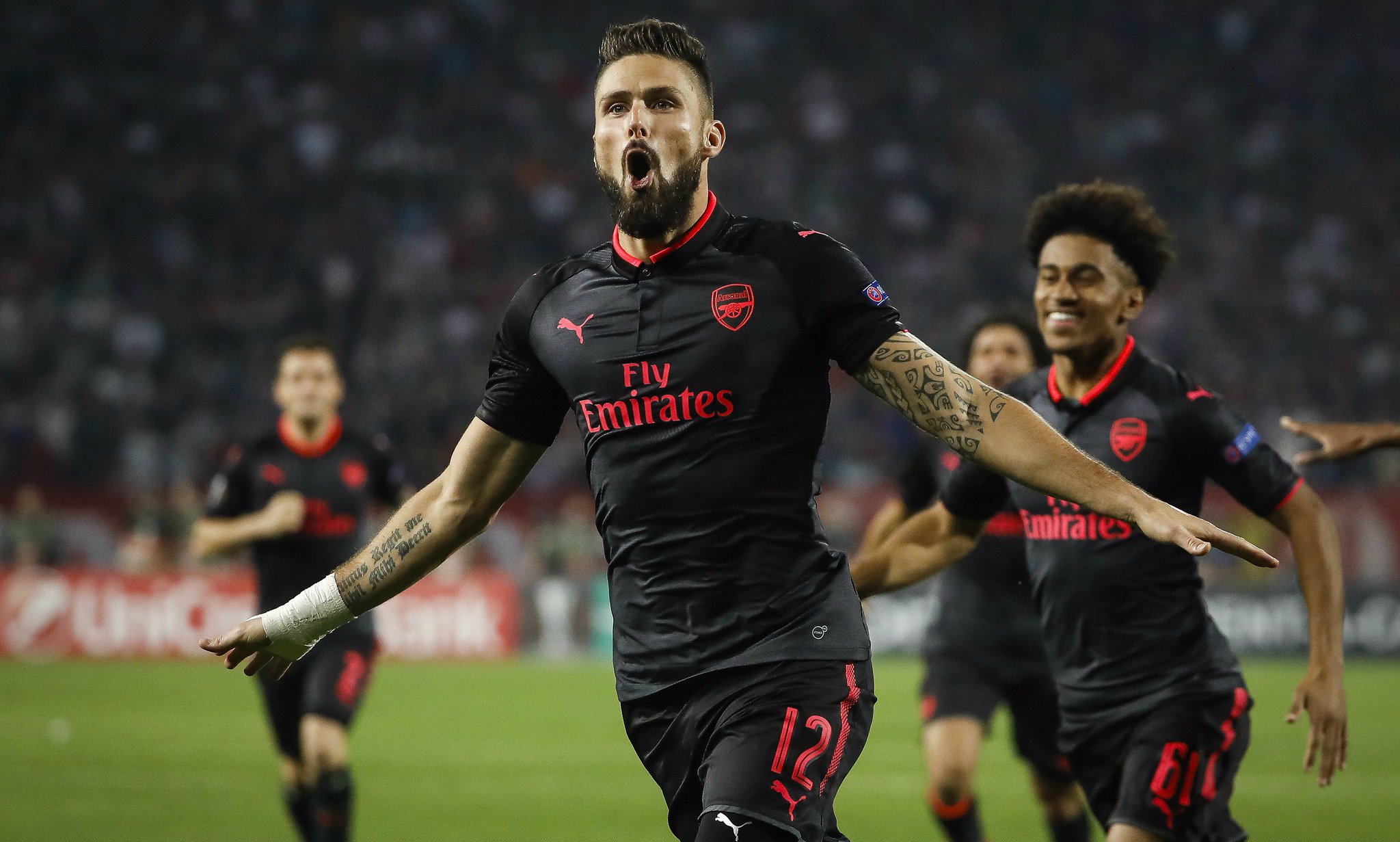 Arsenal are on the brink of qualifying for the knockout stages of the Europa League with a stunning Olivier Giroud goal sealing a 1-0 win over Red Star Belgrade this evening.

Arsenal dominated possession from the outset but we struggled to create many clear cut opportunities with a low Theo Walcott effort that was well saved the closest we came in the first half.

The hosts almost grabbed an unlikely goal at the other end when they hit the bar while Petr Cech was also called upon to make a couple of smart saves to keep it at 0-0.

There was slightly more intensity after the break and our task became easier when Rodic was shown a red card for an apparent stray elbow on Francis Coquelin.

We made our man advantage count as we won it with a sensational goal and it was Jack Wilshere and Olivier Giroud who were at the heart of it four years to the day after they combined for that famous goal against Norwich.

This effort was eerily similar, with Wilshere doing well to find space before playing two one-two’s with Theo Walcott which led to the attacker teeing-up Giroud. With his back to goal, Olivier somehow managed to find the back of the net with a stunning overhead kick to make it 0-1 in the 85th minute.

We held on to secure the win which sees maintain our 100% record in the competition and we now sit five points clear of second placed BATE with three games left to play.