Here is our match preview ahead of Chelsea’s Premier League clash with Watford including team news, line-ups and prediction

Chelsea will look to get back to winning ways when they welcome Watford to Stamford Bridge this afternoon.

The Blues warmed up for the game with a thrilling 3-3 draw at home to AS Roma in midweek which keeps them well on course to qualifying for the knockout stages of the Champions League.

However, Chelsea have lost their last two Premier League games to leave them nine points adrift of leaders Manchester City so Antonio Conte knows this is a must-win game or they could be out of the title race before well Christmas.

It’s not going to be an easy task though as Watford arrive in west London in high spirits following their win over Arsenal which saw them leapfrog Chelsea in to fourth position in the table.

Conte will hand a late fitness test to Tiemoue Bakayoko after he picked up a groin complaint against Roma but the Blues boss will give him every chance to prove his fitness due to his limited options in midfield.

David Luiz is also a major doubt after limping out of the game in midweek with a calf problem so Andreas Christensen could keep his place in the defence.

Watford have no fresh injury concerns but they will continue to be without, Isaac Success, Nathaniel Chalobah, Craig Cathcart, Sebastian Prodl and Younes Kaboul. 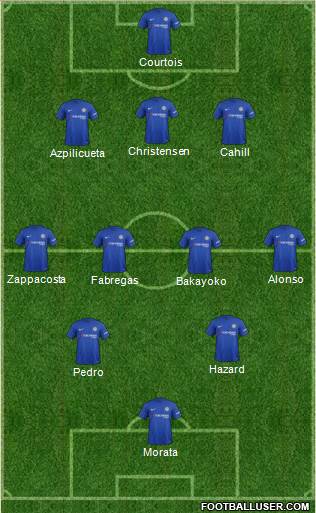 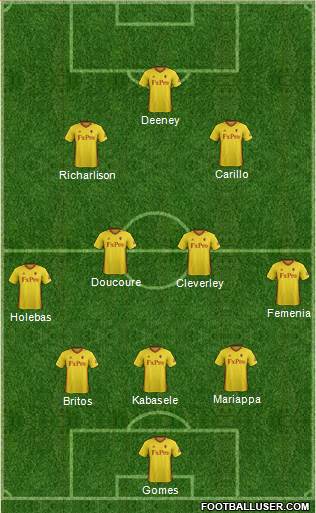 Chelsea 2-1 Watford: The Blues have lost just one of their last eight league games against Watford but the Hornets have an excellent away record this campaign having taken 10 points from a possible 12 on the road. Conte’s injury woes will be a huge concern but they have a strong squad and I fancy them to edge this one.

Chelsea are best priced at 4/11 to win this game with the bookmakers but we can get new customers enhanced odds of 18/1 on the Blues – just click here to take advantage of these incredible odds [winning paid in free bets, max stake £1, T&C’s apply].