Mauricio Pochettino has confirmed an injury boost ahead of Tottenham’s League Cup clash with West Ham. 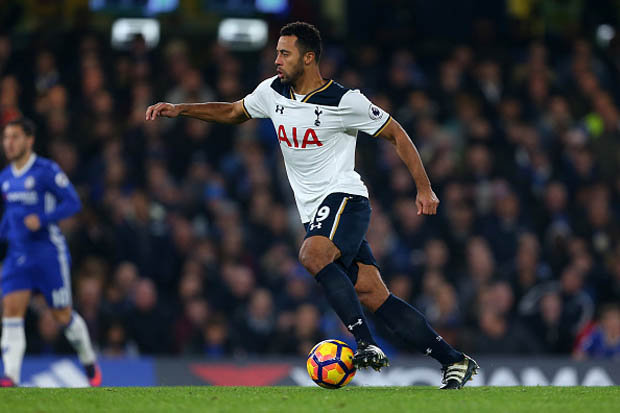 Tottenham will be looking to book their place in the quarter finals of the League Cup when they take on West Ham at Wembley on Wednesday night.

Ahead of the game, Mauricio Pochettino has been speaking to the media at his pre-match press conference this afternoon and he’s provided a team news update.

The Spurs boss was pleased to confirm a major boost with the news that Mousa Dembele is already back in full training after making a swift return from a hip injury.

Dembele missed Sunday’s 4-1 victory over Liverpool after picking up a hip problem during training shortly before the Champions League draw at Real Madrid last week.

However, it looks as though the injury isn’t as bad as first feared as the Belgian international is back in training – although it remains to be seen whether Pochettino will risk him against the Hammers tomorrow.

Dembele’s return will come as a big boost as Pochettino also revealed that Victor Wanyama is still no closer to making his long-awaited return from a knee ligament injury.

The Kenyan international sustained the injury during the opening weeks of the new season and was sent to see a specialist last week after failing to make the expected progress during his rehabilitation.

TEAM NEWS: @mousadembele (hip) back in training. @VictorWanyama (knee) continuing his rehabilitation and his progress is being monitored. pic.twitter.com/mf6bZ0ESiS

Pochettino is expected to rotate his starting eleven against West Ham tomorrow night as he’ll want to protect his key men ahead of Sunday’s crucial Premier League trip to Manchester United.

Danny Rose could make his first start since recovering from a knee injury that he picked up in January while Fernando Llorente, Ben Davis and Moussa Sissoko are also expected to get recalls.