Arsenal teenager Eddie Nketiah came off the bench to score twice and book our place in the quarter finals of the Carabao Cup with a 2-1 victory over Norwich. 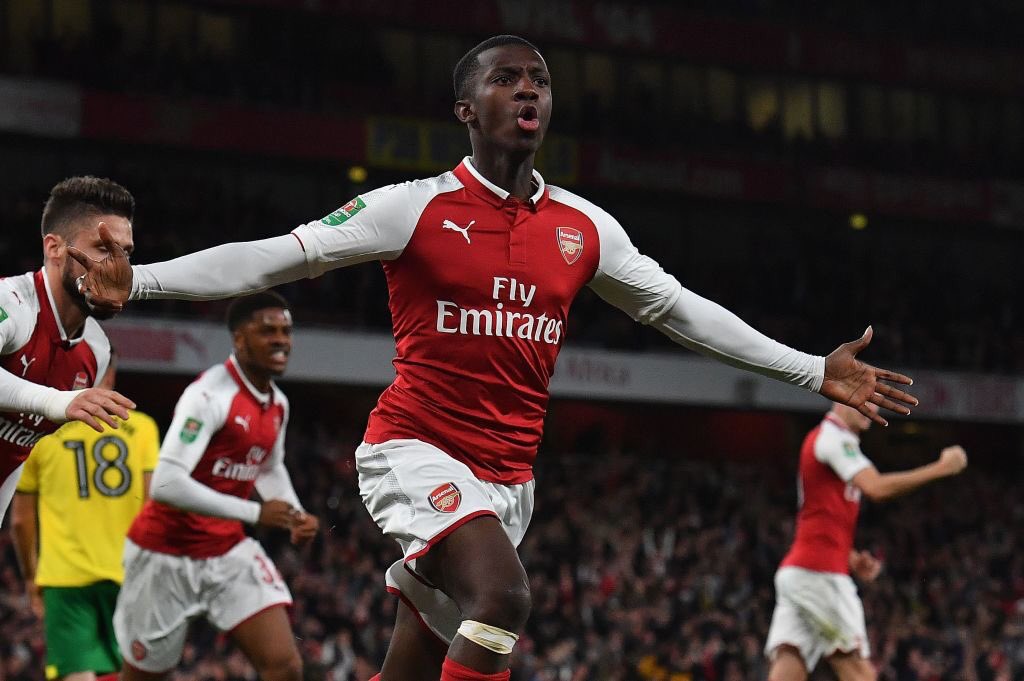 Arsenal teenager Eddie Nketiah came off the bench to score twice to book our place in the quarter finals of the Carabao Cup with a 2-1 extra-time victory over Norwich City.

As you’d expect, we dominated possession in the early stages but a Rob Holding header was the closest we came to breaking the deadlock during a sloppy first half.

Norwich were looking dangerous on the break and they opened the scoring in the 34th minute when Josh Murphy beat the offside trap and chipped over Matt Macey to give the visitors a surprise lead at the break.

Arsenal continued to struggle with creating clear goal-scoring opportunities while Norwich wasted at least two excellent chances to double their lead during the second half.

However, we somehow managed to find an equaliser as super-sub Nketiah came off the bench to poke home in the 85th minute following a corner to send the game to extra-time.

The 18-year-old then put us ahead for the first time as the youngster jumped high to head home from a Mohamed Elneny corner in the 96th minute to make it 2-1 to The Arsenal.

Norwich pushed for the equaliser that would have sent the game to penalties but we held on to secure our place in the last eight.