Tottenham will be looking to book their place in the quarter finals of the League Cup when they take on West Ham at Wembley this evening.

Spurs maintained their excellent recent form with an impressive 4-1 victory over Liverpool at the weekend with Harry Kane helping himself to another brace.

That made it five wins from their last six games in all competitions and Tottenham now sit level on points with second-placed Manchester United in the Premier League table.

However, Mauricio Pochettino’s focus is on the Carabao Cup this evening and the Argentinean coach will be up against an under-pressure Slaven Bilic at Wembley.

The West Ham boss’ head is on the chopping block after slipping to 16th in the table following Saturday’s disappointing 3-0 home defeat to Brighton so Bilic desperately needs a positive result tonight.

Tottenham midfielder Mousa Dembele is back in training following a hip injury but it remains to be seen whether Pochettino will risk him from the start against the Hammers.

Victor Wanyama remains out with a knee problem while Erik Lamela is edging his way back to full fitness from a long-term hip complaint.

Danny Rose could make his first start in over ten months after recovering from a knee injury while the likes of Michel Vorm, Juan Foyth, Kyle Walker-Peters, Moussa Sissoko and Fernando Llorente are pushing for recalls.

Dele Alli is well rested as he’s been unable to play in the Champions League recently due to suspension but Christian Eriksen and Harry Kane are among those expected to be rested.

West Ham will be without Michail Antonio due to a rib injury but Andy Carroll is back from a one-match ban. James Collins and Diafra Sakho could be back in the squad while Adrian will start in goal. 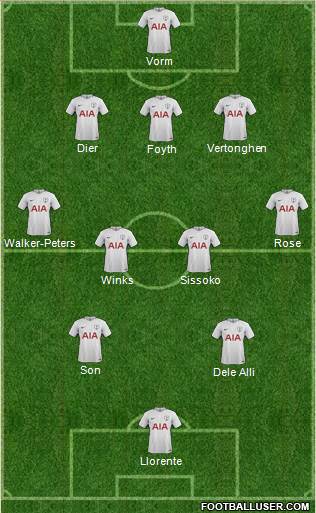 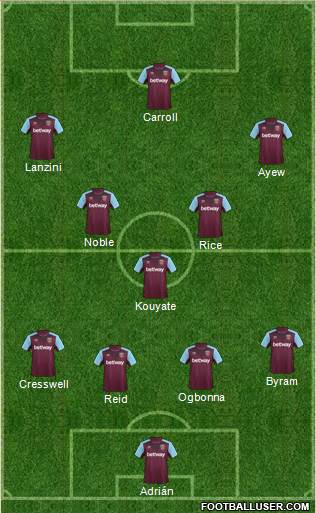 Tottenham 2-1 West Ham: The Hammers have a decent record against Spurs and I do think they’ll put in a solid display tonight. However, I can only see one winner as Tottenham are still able to field a side packed with quality despite resting some key men. I’m going for a 2-1 home win.

Tottenham are the 1/2 favourites to win this game with the bookmakers but we can get new customers enhanced odds of 20/1 on the hosts –  just click here to snap-up this exciting offer [winning paid in free bets, max stake £1, T&C’s apply]