Arsenal take on Swansea at the Emirates on Saturday afternoon. Here is a preview with the latest team news, line-ups and prediction

Arsenal will look to keep the pressure on the top four with another win when we entertain Swansea City at the Emirates on Saturday afternoon.

We’ve bounced back from the disappointing defeat at Watford two weeks ago to register three consecutive victories over Red Star Belgrade, Everton and Norwich across three different competitions.

Last Sunday’s 5-2 win at Goodison Park was arguably our best performance of the season with Alexis Sanchez, Mesut Ozil and Alexandre Lacazette causing havoc during their first start together as our attacking trio.

The win saw us remain level on points with fourth-placed Chelsea with only goal difference separating us so it’s vital we don’t slip-up at home to Swansea ahead of the Blues’ trip to Bournemouth on Saturday evening.

However, Swansea arrive in the capital sitting 15th in the table after losing at home to Leicester last weekend so Paul Clement will be demanding a response from his players tomorrow.

Arsene Wenger is set to make eleven changes to his starting eleven with all of our big-guns set to be recalled after being rested for the midweek League Cup game.

Teenage striker Eddie Nketiah was the hero on Tuesday night after scoring both goals but the 18-year-old is expected to drop back to the U23 squad.

Calum Chambers is due back in full training on Monday but he remains unavailable for selection tomorrow while Shkodran Mustafi and Danny Welbeck are still working their way back from injury.

David Ospina is also still sidelined with a groin problem so he’s on the treatment table along with Santi Cazorla – who is still several weeks away from recovering from a long-term Achilles injury.

Swansea have been dealt a blow with Martin Olsson ruled out with a hamstring injury while Renato Sanchez, Wilfried Bony and Kyle Bartley are also out. 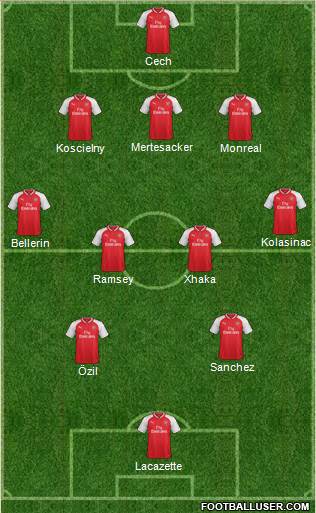 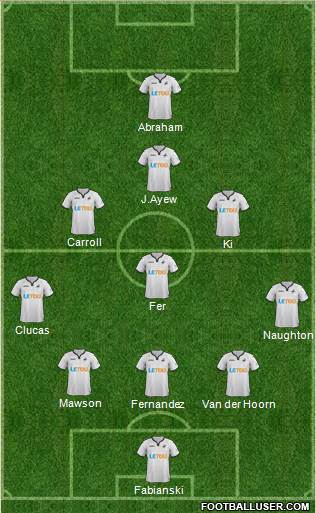 Arsenal 2-0 Swansea: We have an excellent home record this season having won all four of our league games so far but the Swans have been doing well on the road as they’ve lost just one of their four away games. However, we looked back to something near our best last weekend and if we can cut out the silly mistakes at the back, we should be able to secure the three points tomorrow.

Arsenal are the 1/4 favourites to win this game with the bookmakers but we can get new customers enhanced odds of 18/1 on the Gunners – just click here to take advantage of these incredible odds [winning paid in free bets, max stake £1, T&C’s apply]. 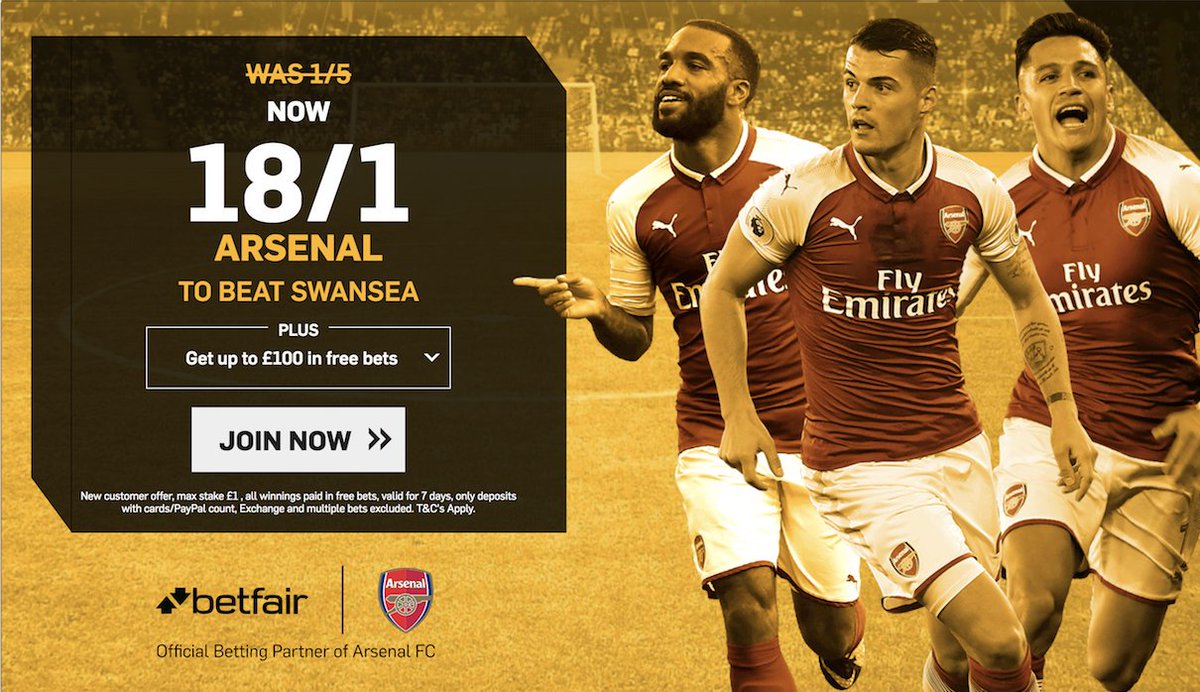