Man Utd take on Tottenham at Old Trafford on Saturday afternoon. Here is our preview with team news, line-ups, prediction and betting

Both teams will be desperate to give their title chances a major boost with a win when Manchester United play host to Tottenham at Old Trafford tomorrow afternoon.

United will be looking to bounce back from last weekend’s hugely disappointing 2-1 defeat away to Huddersfield that’s left them trailing leaders Manchester City by five points.

Jose Mourinho’s side did book their place in the last eight of the Carabao Cup with a 2-0 win at Swansea in midweek but United will be keen to make a statement in the title race with a win over one of their rivals tomorrow.

Spurs sit level on points with the Red Devils after thrashing Liverpool 4-1 at Wembley last weekend, however, Mauricio Pochettino’s side will have been disappointed to let-slip a two-goal lead against West Ham to get knocked out of the League Cup on Wednesday night.

United could welcome Eric Bailly back in to the squad after he recovered from a groin injury but it remains to be seen whether Mourinho thinks he’s ready to start just yet.

Phil Jones is fit to return to the starting eleven so he could line-up alongside Chris Smalling while Antonio Valencia, David De Gea, Nemanja Matic and Romelu Lukaku are all set for recalls after being rested in midweek.

However, Michael Carrick, Marouane Fellaini and Paul Pogba are still out through injury so they remain on the sidelines along with Zlatan Ibrahimovic and Marcos Rojo.

Tottenham have been dealt a major injury blow with the news that Harry Kane has been ruled out of the game with a hamstring problem that he picked up last weekend.

Fernando Llorente is expected to come in up front while the likes of Hugo Lloris, Serge Aurier, Davinson Sanchez, Jan Vertonghen, Harry Winks and Christian Eriksen are set to be recalled.

Danny Rose is unlikely to be risked from the start after making his first start of the campaign in midweek so Ben Davies should play on the left. However, Victor Wanyama remains out with a knee injury. 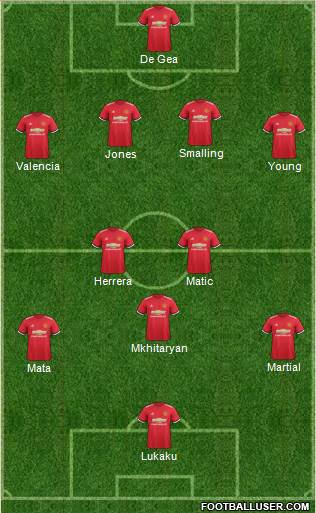 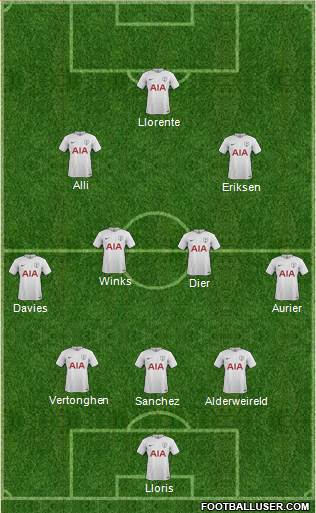 Man Utd 1-1 Tottenham: The Reds have an excellent home record against Spurs after winning 20 of their last 25 league meetings at Old Trafford. However, this is a top class Tottenham side and even without Kane I fancy them to get something tomorrow as their away record has been superb over the past few months.

United are 23/20 favourites with the bookmakers to win the game but we can get new customers enhanced odds of 30/1 on the hosts or 50/1 on Spurs – just click here to take advantage of these crazy odds [winning paid in free bets, max stake £1, T&C’s apply].