Tottenham have been handed a boost as Real Madrid will be without four of their key first team regulars ahead of tomorrow night’s Champions League clash.

Tottenham Hotspur have been handed a timely boost as Real Madrid will travel to London without four of their key first team regulars ahead of tomorrow night’s Champions League clash.

The most significant name missing from the squad sheet is Gareth Bale as the attacker will miss the chance to take on his former side at Wembley on Wednesday night.

Bale hasn’t featured in Madrid’s last six games since picking up a calf injury shortly after scoring a brilliant volley during their 3-1 win over Borussia Dortmund a month ago.

The Welsh international was able to train on Monday and had hoped to be passed fit to at least take his place on the bench against Tottenham while boss Zinedine Zidane also said over the weekend he hoped Bale would be available.

However, the 28-year-old has been left out of the official squad that was announced this morning so he won’t be among the party that travels to London this afternoon.

In a further boost to Spurs, defender Raphael Varane has also been ruled out of the game after picking up a knock during the shock 2-1 defeat at Girona on Saturday.

First-choice goalkeeper Keylor Navas is also left out of the 19-man squad along with right-back Dani Carvajal with the duo also nursing injuries so Madrid will have a severely depleted back line tomorrow.

However, there was at least some positive news for the European champions as Spanish international attacker Isco has been passed fit to travel after overcoming a thigh problem.

Here is the official Madrid squad for the Tottenham game: 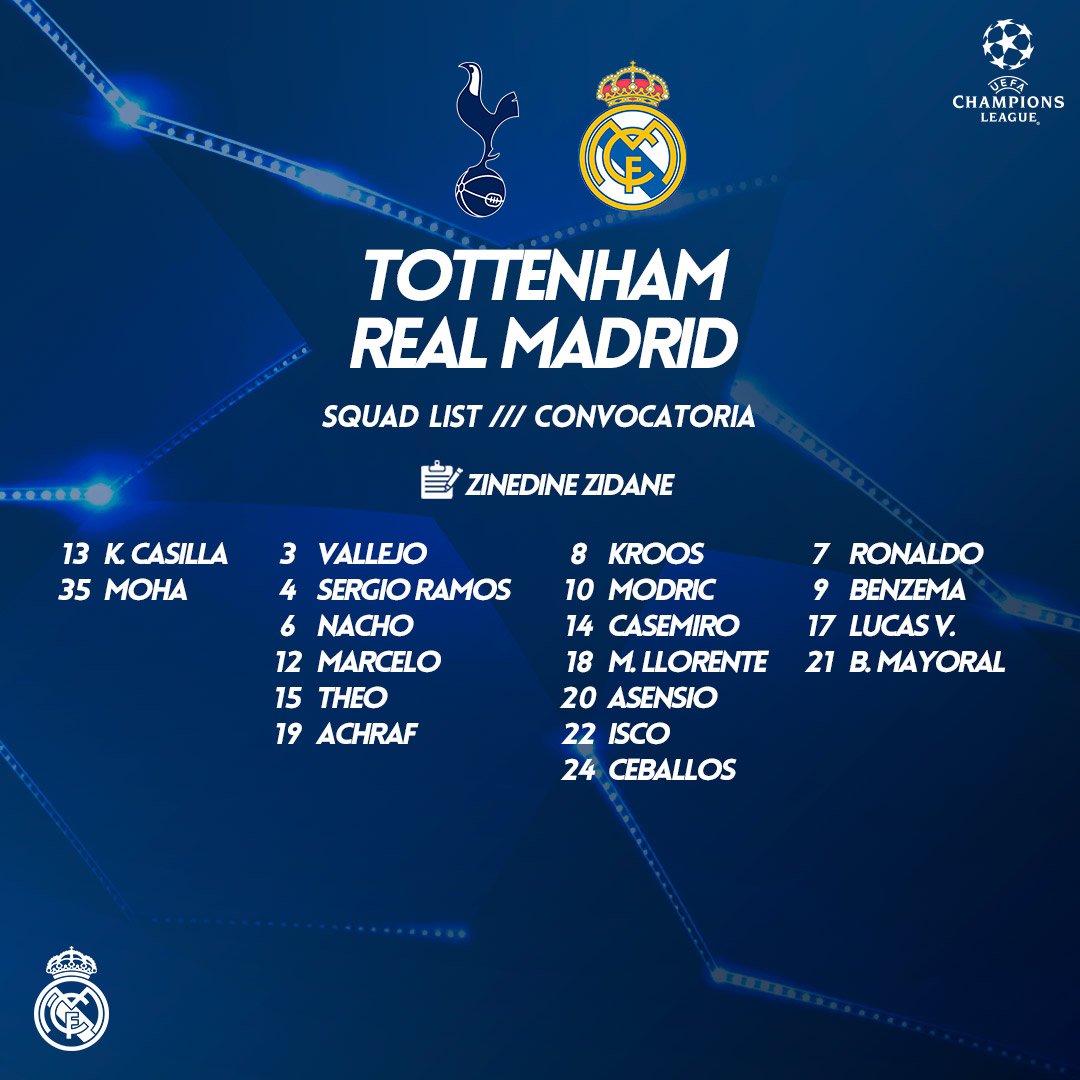