Gareth Southgate has announced his squad ahead of England’s games against Germany and Brazil. Spurs and United dominate but two Liverpool players are axed

Gareth Southgate has announced his latest squad ahead of England’s upcoming friendlies against Germany and Brazil.

Once again, Tottenham lead the way with six representatives as Dele Alli celebrates scoring his brace against Real Madrid with another call-up for his country.

Spurs team-mates Harry Kane, Eric Dier, Kieran Trippier and Harry Winks are also named in the squad while Danny Rose returns to the fold after recovering from a knee injury.

Manchester United are also well represented in the squad with Phil Jones, Jesse Lingard and Marcus Rashford all keeping their places while Ashley Young gets a recall after impressing in recent weeks. However, there is no place for Chris Smalling.

Liverpool skipper Jordan Henderson keeps his place in Southgate’s squad while youngster Joe Gomez is rewarded for his recent form with a call-up to the senior squad.

However, Daniel Sturridge misses out while there is also no place for Alex Oxlade-Chamberlain after he struggled to find his best form following his move from Arsenal in the summer.

Chelsea captain Gary Cahill is once again named in the England squad while youngsters Tammy Abraham and Ruben Loftus-Cheek get their first call-ups to the senior squad after impressing while on loan at Swansea and Crystal Palace.

There is no place for Arsenal’s Jack Wilshere despite his return to fitness while the likes of Michael Keane, Jermaine Defoe, Fraser Forster and Jake Livermore have also been left out. 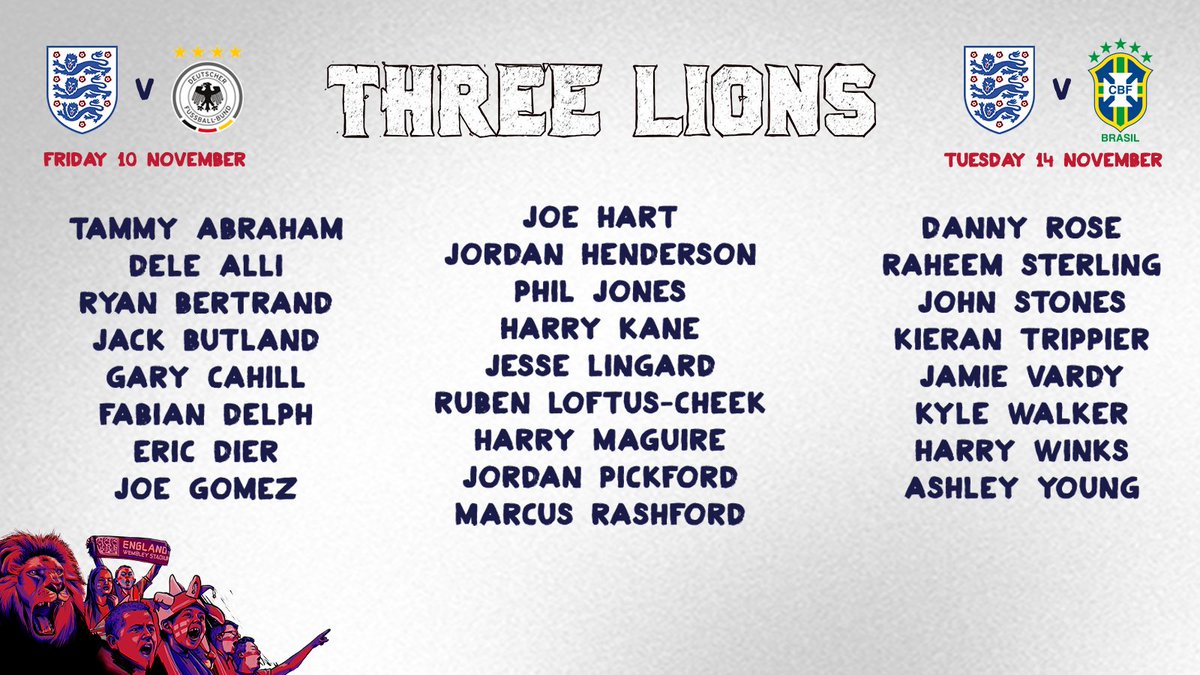