Arsenal take on Man City at the Etihad this afternoon. Here is a preview with the latest team news, line-ups and prediction

Manchester City will be looking to tighten their grip at the top of the table when they welcome Arsenal to the Etihad Stadium this afternoon.

City have made a flying start to the new season with Wednesday’s 4-2 Champions League win over Napoli extending their unbeaten run to 16 games in all competitions.

Pep Guardiola’s men have been formidable in the Premier League with a 3-2 victory over West Brom at the Hawthorns last weekend making it 9 wins from 10 games to leave them five points clear at the top.

Arsenal head in to the game in good form themselves as they’ve lost just 1 of their last 13 games in all competitions and they booked their place in the knockout stages of the Europa League on Thursday night.

The north Londoners came from behind to beat Swansea City 2-1 last weekend to stay level on points with fourth-placed Chelsea so Arsene Wenger will be hoping to stay in touch with a positive result this afternoon.

City have no fresh injury concerns to worry about but captain Vincent Kompany remains on the sidelines with a calf injury while left-back Benjamin Mendy is a long-term absentee with a knee problem.

Arsenal look to have been dealt a major blow after Sead Kolasinac missed training yesterday due to a hip injury that forced him off against Swansea last week.

Wenger had hoped the Bosnian international would be fit and he trained on Thursday but it seems the full-back may have aggravated the problem and is now expected to miss out today.

The Gunners will recall their first team regulars after the likes of Laurent Koscielny, Aaron Ramsey, Alexis Sanchez, Mesut Ozil and Alexandre Lacazette were rested in midweek.

Danny Welbeck and Calum Chambers are back in training after recovering from injuries but they won’t be considered today so they remain out along with Shkodran Mustafi, Santi Cazorla and David Ospina. 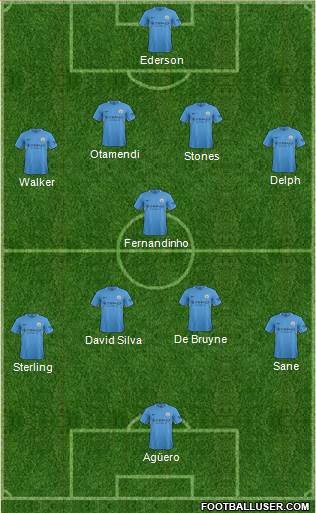 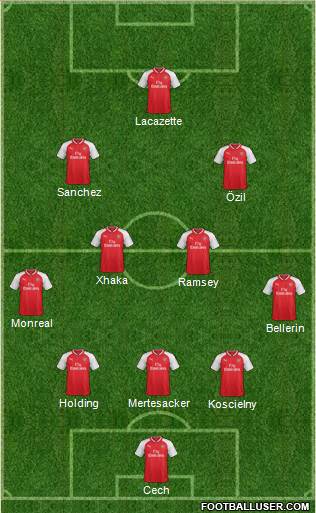 Man City 3-1 Arsenal: City are in devastating form having won their last 14 games and it’s almost impossible to see them not scoring today as they’ve already racked up 49 goals this season. Arsenal have a solid record against the Citizens as they’ve lost just one of their last 9 meetings, however, this is a big task for Wenger’s side today. I think we’ll see City run-out 3-1 winners to cement their position at the top of the table.