Chelsea take on Manchester United at Stamford Bridge this afternoon. Here is a preview with the latest team news, line-ups and prediction

You can stream Chelsea v Manchester United live via Sky Sports from 16:00 this afternoon. Football Talk readers get 15% off!

Both sides will be desperate to give their title hopes a major boost when Chelsea entertain Manchester United at Stamford Bridge this afternoon.

The Blues head in to the game off the back of a torrid 3-0 defeat to Roma in the Champions League so the defending champions will be looking to get their campaign back on track.

Antonio Conte is under pressure following the result in midweek and defeat for fourth-placed Chelsea today could see them fall 12 points adrift of leaders Manchester City if they beat Arsenal at the Etihad.

United currently sit third – four points clear of Chelsea – but Jose Mourinho’s side will be under pressure to stay in touch with City as their rivals hold a five-point lead and could extend that advantage in the 2.15pm kick-off.

Mourinho will therefore be looking to take away a positive result from West London but he doesn’t expect a hero’s welcome at Stamford Bridge despite winning three Premier League titles during his time with the Blues.

Chelsea are expected to welcome N’Golo Kante back in to the starting eleven after he recovered from a hamstring injury that’s kept him out for the last month.

Conte has been experimenting with Kante alongside Danny Drinkwater in training so we could see the former Leicester City team-mates renew their partnership in the middle of the park.

Victor Moses remains out with a hamstring injury so Davide Zappacosta could start on the right while Gary Cahill will keep his place despite being hauled off at Roma.

United will make a late decision over Jesse Lingard after he picked up a back problem during the midweek win over Benfica but Paul Pogba, Michael Carrick, Marouane Fellani, Zlatan Ibrahimovic and Marcos Rojo all remain unavailable. 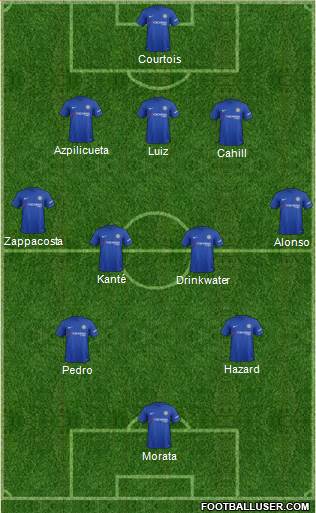 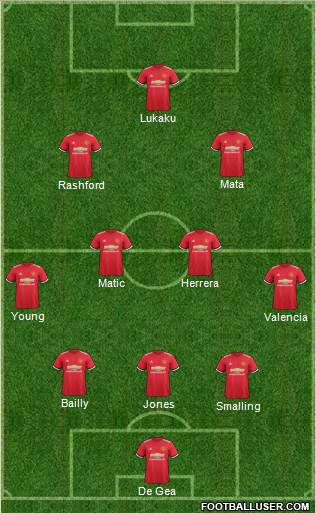 Chelsea 1-1 Man Utd: The Blues have a good record against United having lost just one of their last 15 league home games against the Red Devils. Mourinho’s away record to the ‘big 6’ is surprisingly poor too so Conte could be confident of getting a result today. However, Chelsea aren’t playing that well in recent weeks and United are difficult to beat so I think this may end in a draw. Chelsea are best priced at 8/5 to win this game with the bookmakers but we can get new customers enhanced odds of 33/1 on the Blues and 40/1 on United – just click here to take advantage of these incredible odds [winning paid in free bets, max stake £1, T&C’s apply].