Manchester City went eight points clear at the top of the Premier League table thanks to a controversial 3-1 victory over Arsenal this afternoon. 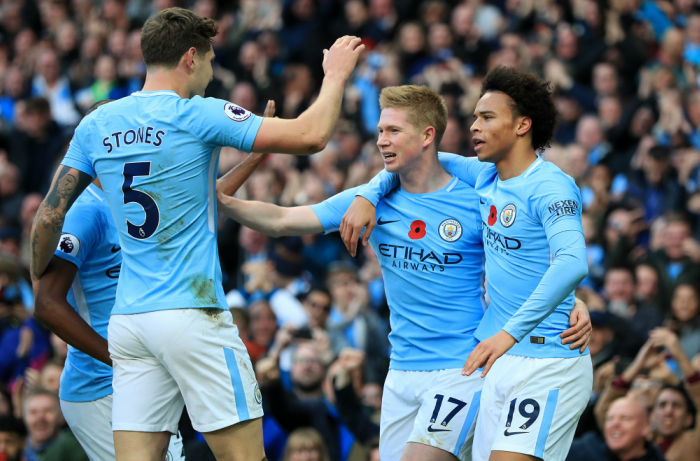 Manchester City went eight points clear at the top of the Premier League table thanks to a controversial 3-1 victory over Arsenal this afternoon.

After a bright start by both sides, City opened the scoring in the 19th minute when Kevin De Bruyne capatalised on a poor clearance by Arsenal as the Belgian international fired in to the bottom corner.

City wasted some great chances to further extend their lead and Arsenal almost made them pay as Aaron Ramsey forced Ederson in to a fine save on the stroke of half-time.

The hosts were then given the perfect opportunity to make it 2-0 shortly after the break when Nacho Monreal was adjudged to have fouled Raheem Sterling in the area. Sergio Aguero made no mistake to make it 2-0 in the 50th minute.

Arsenal reduced the deficit to 2-1 midway through the second half as Alexandre Lacazette came off the bench to fire through the legs of Ederson to get the visitors back in the game.

However, another stroke of luck for City gifted them a two-goal lead as Gabriel tapped home from close range after being teed-up by David Silva despite the playmaker being a yard offside.

There was no way back for Arsenal as the third goal killed their momentum so City eased to a 3-1 win which sees them go eight points clear of Man Utd ahead of their trip to Chelsea.