Arsene Wenger has revealed that Rob Holding was ruled out of today’s 3-1 defeat at Man City with a thigh injury while Per Mertesacker is ill. 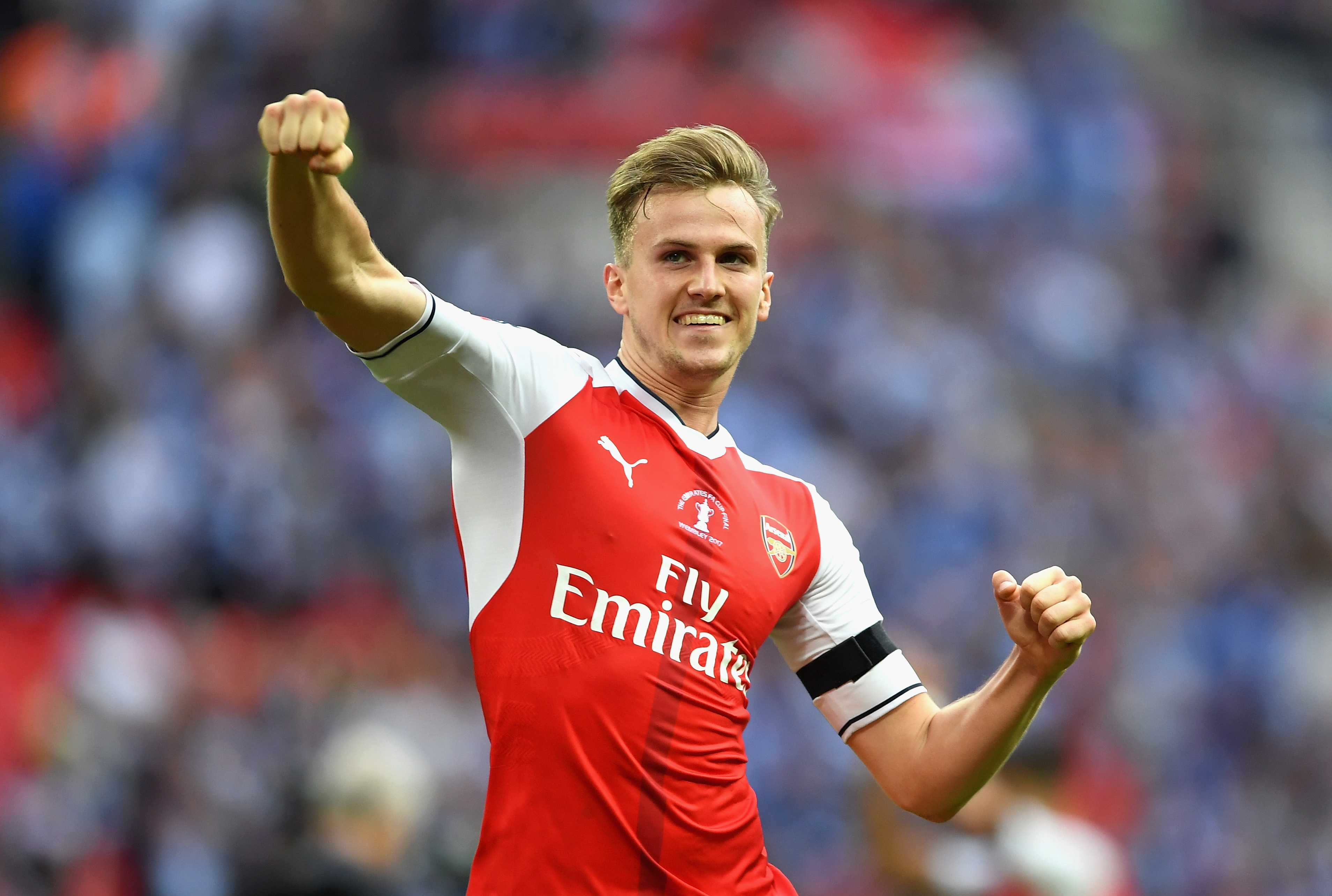 Arsene Wenger has revealed that Rob Holding was ruled out of today’s 3-1 defeat at Manchester City with a thigh injury while Per Mertesacker was suffering from illness.

Arsenal fans were left surprised when the team sheets were announced an hour before kick off after finding out Francis Coquelin had been selected to start in what initially looked like a 4-3-3 formation.

The clubs official Twitter even published a graphic showing a back four of Hector Bellerin, Laurent Koscielny, Nacho Monreal and Sead Kolasinac lining-up in defence with Coquelin alongside Aaron Ramsey and Granit Xhaka in midfield.

However, after the game kicked off it soon became clear that Coquelin was actually playing in the middle of a back three with Bellerin and Kolasinac in the wing-back positions.

Supporters were left stunned by the tactical decision of Wenger to deploy an average defensive midfielder at the heart of our defence where he’d be up against a world class striker in Sergio Aguero.

The move didn’t pay off as Arsenal slumped to a controversial 3-1 defeat with Coquelin hauled off early in the second half after the north Londoners had gone 2-0 behind.

However, it seems the boss was left with little option than to turn to Coquelin as he’s revealed that Holding was ruled out with a thigh injury while Mertesacker arrived at training on Saturday ill.

With Calum Chambers and Shkodran Mustafi still unavailable and Mathieu Debuchy lacking match practice, Wenger felt he had no choice but to deploy Coquelin in defence as he wanted to stick with his 3-4-2-1 formation.

When asked why Coquelin played in defence, the boss is quoted as saying by Football London:

I can explain to you that Mertesacker came in yesterday morning sick and that Holding had a thigh strain.

Debuchy just comes back from a long time absent. I don’t see that as a big problem. To play in the middle, if you are a defensive midfielder it is exactly the same.

I don’t think that was a problem in our game.

Obviously it was unfortunate for Arsenal to go in to a huge away game at City without FOUR centre-backs but I still don’t understand why Wenger went with Coquelin over Mohamed Elneny in defence.

The Egyptian international has been playing in the middle of a back three in the cup competitions all season so he has far more experience that Coquelin in the position.

The good news is Arsenal should have Mustafi, Chambers and Mertesacker available again when Tottenham come to the Emirates after the international break but we’ll have to wait and see how serious Holding’s injury is.