Manchester United are ready to battle-it-out with Chelsea over the signing of £22.1m-rated Roma midfielder Lorenzo Pellegrini

The transfer window may be closed but clubs are still working hard ahead of January and next summer so we’ll bring you all the latest gossip from around the globe. Today, Man Utd and Chelsea are linked with Lorenzo Pellegrini… 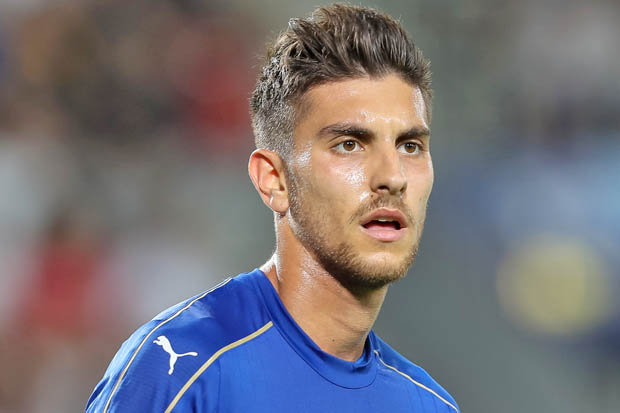 Manchester United are ready to battle-it-out with Chelsea over the signing of £22.1m-rated Roma midfielder Lorenzo Pellegrini, according to a report in the Mirror.

Pellegrini joined Roma as a child and progressed through their youth system but failed to break in to the first team set-up so moved to Sassuolo in the summer of 2015.

After two impressive years at the Modena outfit, Roma activated a buy-back clause to re-sign Pellegrini last summer and he’s been a regular part of Eusebio Di Francesco’s starting eleven this campaign.

The 21-year-old has provided 3 assists in his 13 appearances so far to help Roma to fifth-place in the Serie A table and sit top of their Champions League group with two games to play.

Pellegrini is now considered as one of the brightest young prospects in Serie A and made his debut for the senior Italian national team earlier this year having previously represented his country at youth level.

It seems Pellegrini’s potential has alerted some of the Premier League big-guns as the Mirror are citing a report coming from Tutto Mercato that claims Manchester United and Chelsea are showing a keen interest.

The Italian publication says the English duo are keeping a close eye on the midfielder ahead of a potential swoop with both United and Chelsea alerted to the fact Pellegrini’s buyout clause is set at just £22.1m (€25m).

That kind of money would represent an absolute bargain for a player of his quality and potential in today’s market so it’s understandable the likes of United and Chelsea are keeping an eye on his situation.