Chelsea take on West Brom at the Hawthorns on Saturday afternoon. Here is our preview including team news, line-up and prediction

Chelsea will be looking to build on their win over Man Utd before the international break when they take on West Brom at the Hawthorns on Saturday afternoon.

The Blues head in to the weekend action sitting fourth in the Premier League table after Alvaro Morata scored a superb header to sink United at Stamford Bridge two weeks ago.

Jose Mourinho’s men are now just one point ahead in second place so Antonio Conte will be desperate to put the pressure on by coming away with all three points tomorrow.

The Italian boss will be up against a West Brom side that have endured a difficult campaign so far as they are winless in their last nine games and have lost their last two on home soil.

That poor run has seen the Baggies fall to just one point above the relegation zone so Tony Pulis is under huge pressure to get a positive result tomorrow.

Chelsea have been boosted with the news that Gary Cahill is fit after recovering from a back problem while Danny Drinkwater is also available after working on his fitness this week following a calf injury.

David Luiz will be back in contention but he may have to make-do with a place on the bench after being axed for the win over United so Andreas Christensen should keep his place in defence.

Tiemoue Bakayoko has been passed fit despite picking up a knock in training earlier this week but Michy Batshuayi has been ruled out with an ankle injury.

Charly Musonda is also out with a knee problem while Victor Moses is still nursing a hamstring injury that’s kept him out for over a month.

West Brom will be without Nacer Chadli after he picked up a hip injury while James Morrison is also out with an Achilles problem. 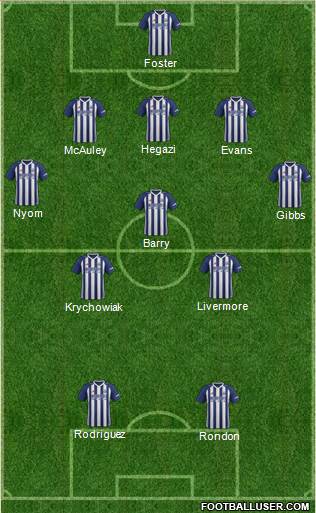 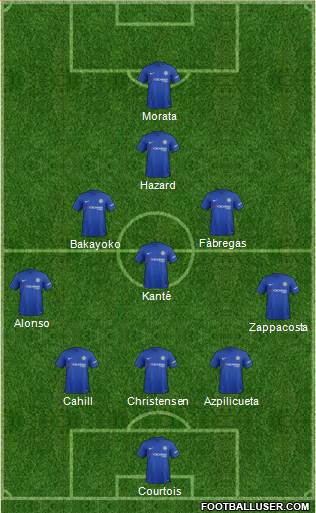 West Brom 1-2 Chelsea: The Blues have won each of their last two visits to the Hawthorns and a 1-0 win last season clinched the title. Conte’s men are in fine form away from home having won nine of their last 11 away games while West Brom have picked up just two wins from their last 20. I do think it will be a tough game for the Blues but feel Chelsea will do enough to secure the win.