Goals from Shkdoran Mustafi and Alexis Sanchez settled the North London Derby as Arsenal ran out 2-0 winners over Tottenham at the Emirates. 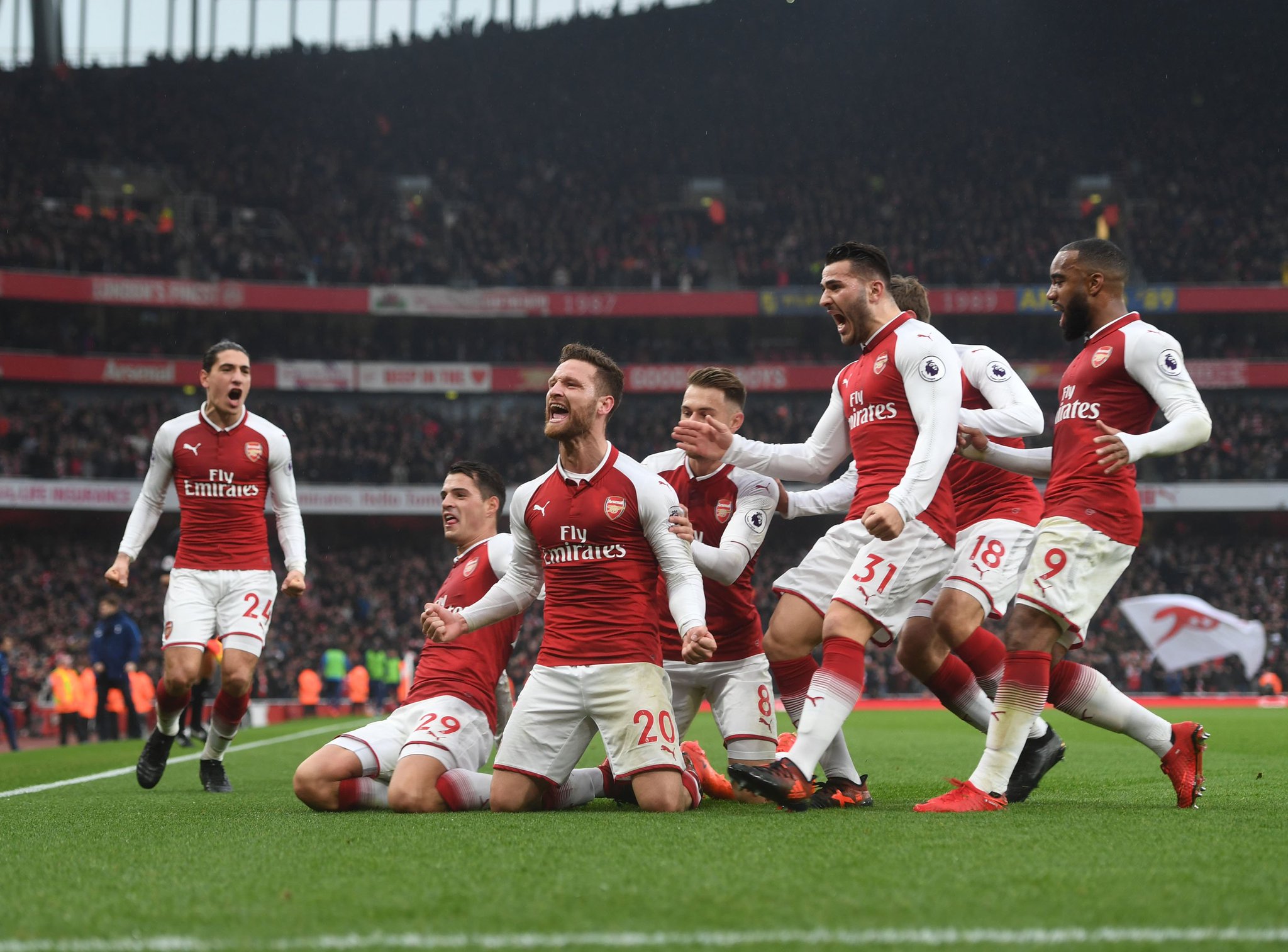 Goals from Shkdoran Mustafi and Alexis Sanchez settled the North London Derby as Arsenal ran out 2-0 winners over Tottenham at the Emirates.

The Gunners started on the front foot and after missing a couple of half chances, the hosts were given an opportunity from a free-kick after Davinson Sanchez was adjudged to have fouled Alexis Sanchez – but replays showed it was a clear tackle.

Arsenal took full advantage of their good fortunate as Shkodran Mustafi sent a looping header in off the post from Mesut Ozil’s resulting free-kick to make it 1-0 in the 36th minute.

The hosts kept the pressure on and doubled their advantage just minutes before half time as Sanchez fired past Hugo Lloris from a tight angle after being found by Alexandre Lacazette.

Spurs pushed to get themselves back in the game after the break but they struggled to create clear cut opportunities and Arsenal could have extended their lead on the counter attack.

However, there were no further goals so it finished 2-0 which sees Arsenal move to within just one points of Tottenham and second placed Man Utd.

Watch all the action here: