The transfer window may be closed but clubs are still working hard ahead of January and next summer so we’ll bring you all the latest gossip from around the globe. Today, Gorka Guruzeta is attracting plenty of interest from England… 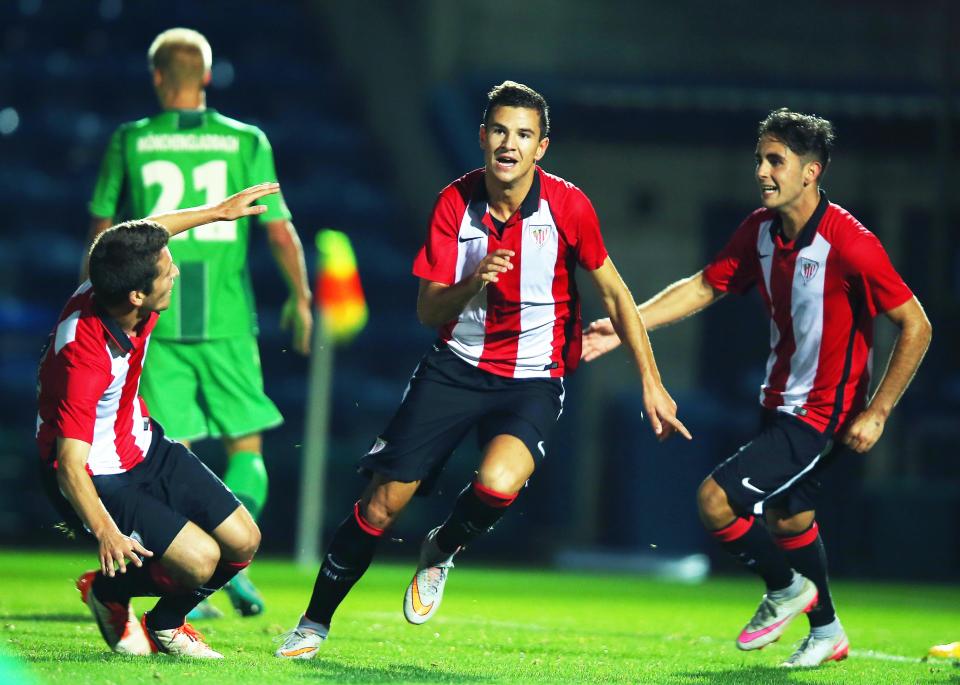 Tottenham are leading Arsenal and Manchester United in the race to sign Athletic Bilbao’s £20m-rated attacker Gorka Guruzeta, according to a report by TeamTalk.

Goruzeta joined the Bilbao youth academy in 2014 and has developed in to one of the most highly-rated youngsters in Spanish football since breaking in to the first team set-up in 2015.

The 21-year-old is still playing the majority of his football for the Bilbao B team but has impressed having scored 7 goals in his 15 appearances so far this campaign.

Goruzeta’s potential has seen him attracted interest from a whole host of clubs with TeamTalk citing reports from Spanish outlet Sport that claim Arsenal, Man Utd and Tottenham are all keen to sign the attacker.

The report says representatives from all three clubs were in attendance to watch Goruzeta turn out for the Bilao U23’s against United at Leigh Sports Village last week as they prepare to launch their moves.

Obviously Bilbao are desperate to keep hold of Goruzeta and TeamTalk say they value him at around £20m – which seems steep for a player of his inexperience so the Spaniard’s are probably trying to warn-off potential suitors.

However, Bilbao may be forced to cash-in as the winger will be out of contract at the end of the season and is showing no sign of penning a new extension any time soon.

The report suggests that Tottenham are currently leading Arsenal and United in the race to sign Goruzeta as Mauricio Pochettino is making the most effort to try and get a deal in place.

No doubt all the English clubs are attracted to the idea of signing the Spanish youngster on a free transfer at the end of the season but they would still need to pay Bilbao a development fee.

Goruzeta is predominantly used as a left winger but he’s also capable of playing up front as a central striker so he’d be a useful member of any squad if the likes of Spurs, Arsenal or United were able to lure him to England.