The transfer window may be closed but clubs are still working hard ahead of January and next summer so we’ll bring you all the latest gossip from around the globe. Today, Aaron Martin speaks out on links with Man Utd….. 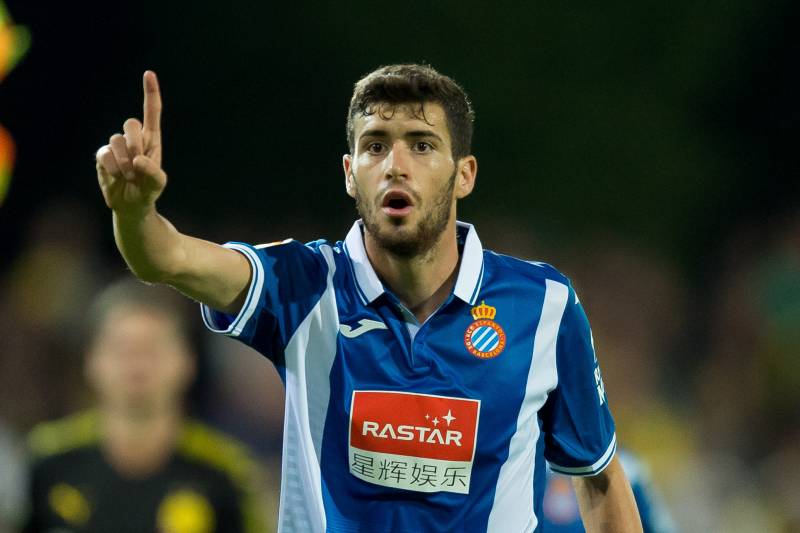 Aaron Martin has admitted he’s flattered to be linked with Manchester United but insists he’s only focussed on playing for Espanyol right now, according to the Metro.

The left-back has been with Espanyol his entire career having joined their youth ranks as a child and has developed in to one of the most highly-rated defenders in Spain in recent years.

Martin broke in to the first team set-up last season and has now established himself as a regular after starting in each of Espanyol’s 12 La Liga games so far this campaign.

The 20-year-old is also making an impression on the international stage as he’s represented Spain at every youth level from U16 through to U21 and it seems his potential has caught the attention here in England.

The Metro are citing a report from Catalan-based outlet Mundo Deportivo that claims Manchester United are eyeing a swoop for Martin after Jose Mourinho identified him as a transfer target.

It’s said in the report that Mourinho has been keeping a close eye on Martin’s progress this season after sending scout Tony Lima to watch the full-back in action on several occasions.

The newspaper suggests that United aren’t the only club showing an interest as Manchester City and Real Madrid are also believed to be monitoring Martin’s situation.

However, when asked specifically about United’s interest, the defender admitted that he’s flattered to know that such a club is following him but insists his immediate future lies with Espanyol and he’s not letting his success go to his head.

Martin is quoted as saying by the Metro:

‘It’s flattering knowing that other teams follow you but I only think of Espanyol; I’m very happy to be here,’

‘I have been playing for a year in the top flight. I feel very comfortable with my teammates and they help me a lot like the coach and that makes me feel better every year.

‘I am focused on playing every week well, helping the teammates and doing a good job I work every day to be able to play every weekend. I try to work as hard as I possibly can in the training sessions and it is the manager who decides who plays. I need more intensity and it’s an aspect that I have to improve.

‘I’m still the same guy [than before being promoted to the first-team]. The success is not going to my head. I am keeping my feet on the ground. I keep working every day to convince the manager to play me. I think I have improved in defence [since last season].’

Left-back has become something of a problem area for United as Mourinho doesn’t seem to rate Luke Shaw – who many thought would forge a great career at Old Trafford when he joined from Southampton in 2014.

Several players have shared duties at left-back over the past 18 months with converted midfielder Ashley Young the preferred choice in recent weeks but a long-term solution is needed and it seems Martin is on Mourinho’s radar.