Arsene Wenger has confirmed a fitness blow ahead of Arsenal’s trip to Burnley but Welbeck is available and he’s also given an update on Cazorla. 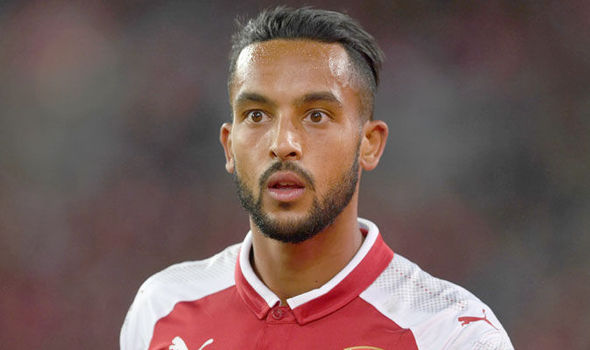 Arsenal will be hoping to break in to the top four of the Premier League with a win when we take on Burnley at Turf Moor on Sunday afternoon.

Ahead of the game, boss Arsene Wenger has provided a team news and injury update with the latest on Theo Walcott, Danny Welbeck and Santi Cazorla.

Walcott missed last weekend’s North London Derby win over Tottenham after going down with illness shortly before the game and he didn’t travel to Germany for our Europa League defeat at Cologne last night.

Wenger has revealed that the 28-year-old is now back in training and should be in contention to return to the squad against Huddersfield next week, but the trip to Turf Moor will come too soon for the attacker.

Welbeck has recently made his comeback from a groin injury as he started his first game in six weeks last night having been an unused substitute against Spurs last weekend.

The England international was withdrawn at half-time against Cologne leading to rumours he may have picked up a knock but Wenger has confirmed the substitution was pre-planned.

The boss was cautious not to push Welbeck too hard after seeing him break down on his last injury comeback against Watford last month so he decided before the game to only give the forward 45 minutes.

Wenger also offered an update on Santi Cazorla as the midfielder continues to recover from a serious Achilles injury that has kept him on the sidelines for over a year.

Cazorla has been in Spain during his rehabilitation in recent months and the manager is hoping to see the 32-year-old again soon so he can get an update on how his progress is going.

on team news…
Everybody looks alright. There are some kicks because it was quite a physical game [at Cologne], but overall we have no injuries. Everyone who played will be available to compete for the squad on Sunday. That is one of the positives of last night, we have no injuries. The fact we can rotate means the players are less overloaded with competition.

on it being a nice feeling to have those options in such a busy period…
Yes because we play every three days. Apart from Theo Walcott, and long-term Santi Cazorla, all the players are available.

on Theo Walcott…
For the weekend, no [he is not available]. He’s back in training now, so he should be okay for next week. He has been ill.

on Santi Cazorla…
I hope to see him soon, that he comes over to give an update.

on Danny Welbeck…
The last time he came back from injury, we played him at Watford and after an hour he got a bad hamstring. This time I didn’t want to take that gamble. I wanted to be a bit more progressive with him. Almost certainly, nothing would have happened but I felt it was more sensible to do it. He’s fine. He’s completely fine.

Arsenal head in to the weekend action sitting sixth in the Premier League table but we’re just one point behind fourth-placed Tottenham and three adrift of second-placed Man Utd so hopefully we can close the gap with a win on Sunday.