Mesut Ozil inspired a stunning second half performance as Arsenal thrashed Huddersfield Town 5-0 at the Emirates tonight. Watch all the goals here: 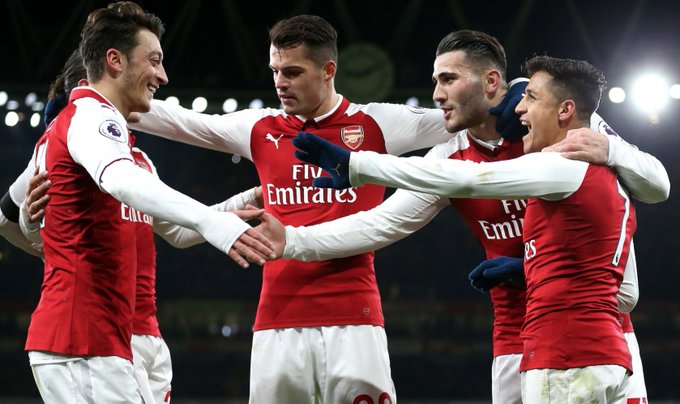 We had to wait until the second half before adding a second goal but it was worth the wait as Alexis Sanchez and Mesut Ozil played a one-two before Olivier Giroud swept home for 2-0 in the 68th minute.

The floodgates were open and we made it 3-0 less than a minute later as Ozil grabbed his second assist of the night to set-up Sanchez who fired home from 8 yards.

A rampant four minutes were finished off in style as Ozil raced on to Ramsey’s through-ball to slot home our fourth in the 72nd minute before Giroud scored his second of the night to seal an impressive 5-0 win.

The victory ensures we remain fourth in the table but we’re now four points clear of Tottenham – who drop to seventh after Liverpool and Burnley both won.

Watch all the goals and highlights here: