The transfer window may be closed but clubs are still working hard ahead of January and next summer so we’ll bring you all the latest gossip from around the globe. Today, Steven N’Zonzi is linked with Arsenal and Liverpool… 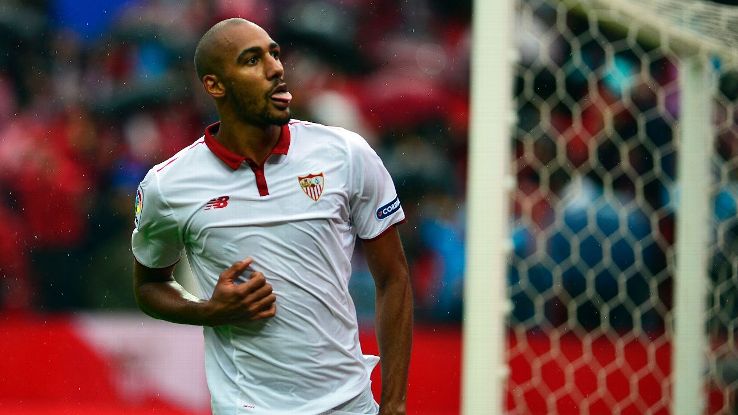 Sevilla midfielder Steven N’Zonzi is in London to hold talks over his future amid reports Arsenal, Liverpool and Everton are eyeing a move for the £35m-rated star, according to the Mirror.

N’Zonzi’s future at Sevilla is in serious doubt as he’s not featured since being substituted at half-time during their Champions League draw with Liverpool last month.

The midfielder is understood to have stormed out of the stadium following a bust-up with boss Eduardo Berizzo and it’s led to speculation he’ll be on the move this winter.

The Mirror claim that Arsenal, Liverpool and Everton are all showing a keen interest and could be ready to activate the £35m buyout clause that’s written in to his contract in January.

The newspaper is now citing reports coming out of Spanish publication COPE that claims N’Zonzi has flown to London with the permission of Sevilla to hold talks over his future.

It’s not known exactly who N’Zonzi is here to speak to but the 28-year-old recently admitted he loves the Premier League and may consider a move back here having previously enjoyed time with Blackburn and Stoke before heading to Spain in 2015.

N’Zonzi is quoted as saying by the Mirror:

“I don’t know what is going to happen in the future. I am fine at Sevilla, I feel good. I am used to it now. It is my third season so I am happy.”

Arsenal have been tipped to sign another central midfielder with Jack Wilshere’s contract up in June while Santi Cazorla’s career is in doubt due to a serious Achilles injury and N’Zonzi has been linked with a move to the Emirates in the past.

However, it looks like the Gunners may face competition from Liverpool as Jurgen Klopp could be eyeing the Frenchman as a potential replacement for Emre Can – who’s yet to sign an extension and is being linked with a move to Italy.

We’ll have to wait and see how things develop over the coming weeks but N’Zonzi would be a fine addition for Arsenal or Liverpool if either club was able to lure him back to England this winter.