Marko Arnautovic dealt a blow to Chelsea’s title hopes after scoring the winner to give West Ham a vital 1-0 victory at the London Stadium this afternoon. 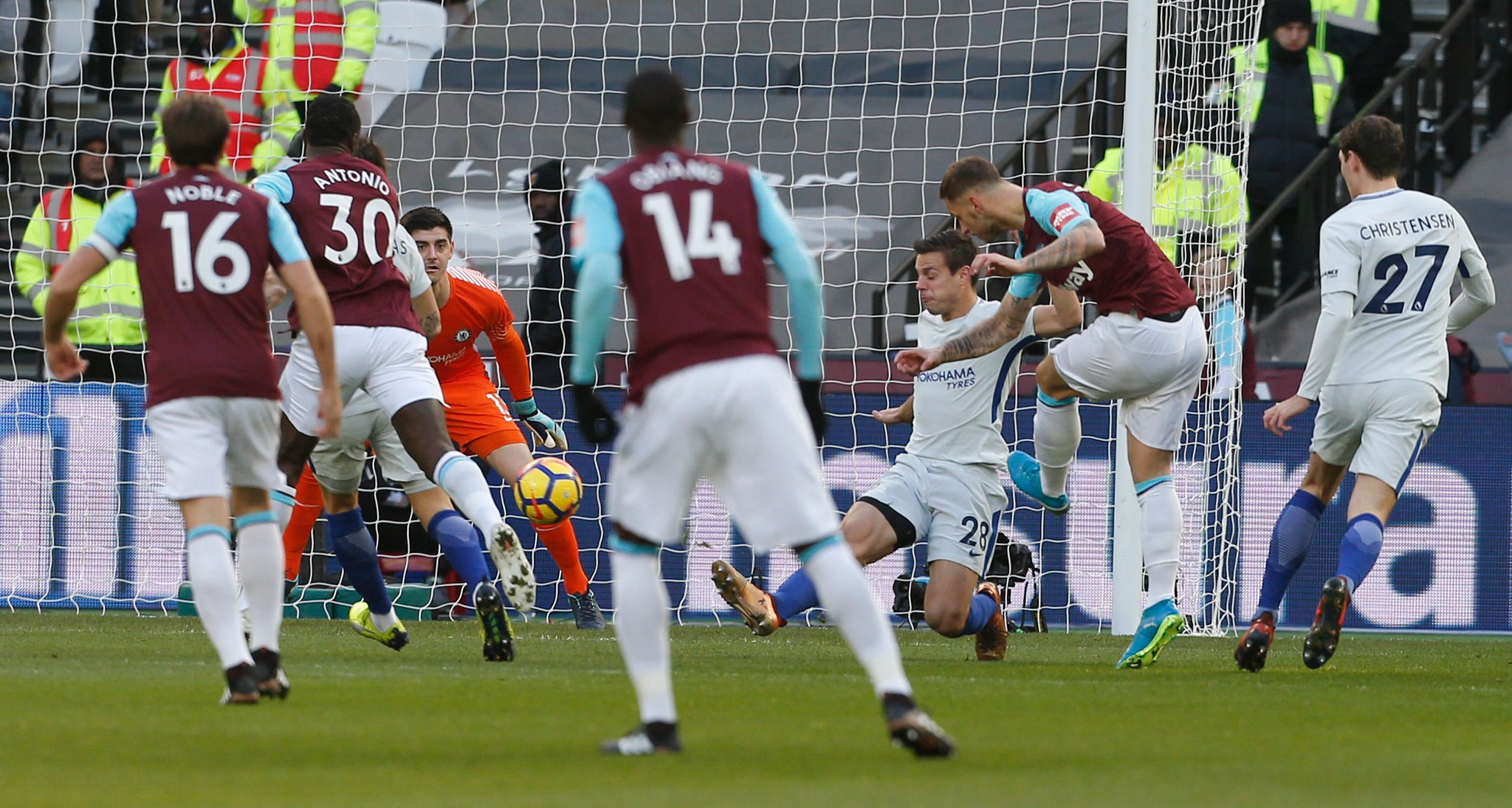 Marko Arnautovic dealt a hammer blow to Chelsea’s title hopes after scoring the only goal of the game to give West Ham a vital 1-0 victory at the London Stadium this afternoon.

It was the perfect start for David Moyes’ side as Arnautovic curled home a lovely left-footed effort from the edge of the area after a neat one-two with Manuel Lanzini.

Chelsea dominated possession for much of the game and almost levelled things up in the 20th minute when Eden Hazard’s cross-come-shot flashed across the front of goal.

N’Golo Kante then tested Adrian from 20 yards from a low curler but the Hammers keeper was equal to it while Alvaro Morata wasted Chelsea’s best chance in the second half as he lashed wide of the post when well placed to make it 1-1.

The defending Premier League champions had 19 shots in total but couldn’t find a way through so West Ham secured a 1-0 victory that sees them climb to 18th while Chelsea remain 11 points off Man City having played a game more.