Arsenal take on Southampton at St Mary’s on Sunday afternoon. Here is a preview with the latest team news, line-ups and prediction

Arsenal will be hoping to climb back in to the top four in the Premier League with a win over Southampton at St Mary’s on Sunday afternoon.

We head to the south coast off the back of a resounding 6-0 victory over BATE Borisov in the Europa League on Thursday night but our focus must quickly turn back to domestic matters.

Last weekend’s hugely frustrating defeat to Manchester United ended a decent string of results so it’s important we get straight back to winning ways tomorrow.

We currently sit sixth in the Premier League table but we can leapfrog Tottenham and Liverpool in to fourth with a win ahead of the Merseyside derby later in the day.

Southampton have endured an inconsistent campaign with last weekend’s 1-1 draw at Bournemouth leaving them sitting 12th in the table and four points above the drop zone so they’ll be keen for a positive result tomorrow.

We’ll be without Shkodran Mustafi for the game after the centre-back suffered a thigh injury during our defeat to United last weekend.

Arsene Wenger is set to make wholesale changes to the team with the likes of Laurent Koscielny, Aaron Ramsey, Hector Bellerin, Alexis Sanchez, Mesut Ozil and Alexandre Lacazette set for recalls after being rested in midweek.

Theo Walcott and Jack Wilshere will be hoping to keep their places after producing excellent performances on Thursday night but they may have to make-do with places on the bench.

Southampton will be without Cedric Soares as he’s not recovered from a hamstring injury that he picked up against Man City but boss Mauricio Pellegrino has no other major injury concerns. 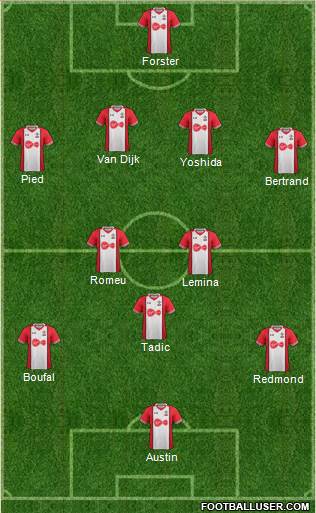 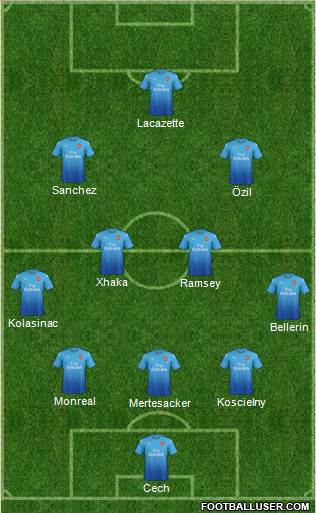 Southampton 1-2 Arsenal: We have won just one of our last six trips to Southampton in the league so St Mary’s has been a difficult place for us to go in recent years. However, we played superbly well going forward against United so if we can cut out the stupid mistakes at the back I’m confident we’ll have enough to bring home the three points.

Arsenal are the 21/20 favourites to win this game with the bookmakers but we can get new customers enhanced odds of 25/1 on the Gunners – just click here to take advantage of these incredible odds [winning paid in free bets, max stake £1, T&C’s apply].