The draw for the last-16 of the Champions League was conducted today with Man Utd, Chelsea, Liverpool, Tottenham and Man City finding out their fate.

The draw for the last-16 of the Champions League was conducted today with Manchester United, Chelsea, Liverpool, Tottenham and Manchester City finding out their fate.

United eased in to the knockout stages of the competition after finishing top of Group A ahead of FC Basel having won five of their six group stage games.

Jose Mourinho’s side have been rewarded with an exciting tie against Sevilla after the La Liga club booked their place in the knockouts having finished behind Liverpool in Group E.

Chelsea came through a tricky Group C after finishing second on goal difference to AS Roma with the Blues booking their place in the last-16 with a game to spare after finishing four points clear of Atletico Madrid.

The defending Premier League champions have been given another tough task as they’ll have to take on Spanish giants Barcelona for a place in the quarter finals.

Liverpool needed to beat Spartak Moscow in their final group game to secure safe passage to the knockout rounds with the Reds eventually progressing as Group E winners ahead of Sevilla.

The Merseysiders have been handed a decent drawn as they’ll take on Portuguese giants Porto after they finished second in Group G behind Besiktas.

Man City eased in to the last-16 after winning their first five games and progressed as Group F winners despite losing their final game to second-placed Shakhtar Donetsk last week.

Pep Guardiola side will be confident of progressing to the quarter finals as they’ve been drawn to face FC Basel after they finished second behind United in the group stages.

The North Londoners have been given a tough draw again after being drawn to face Serie A champions Juventus – who finished second in Group D behind Barcelona.

I think United, City and Liverpool will all be confident of making it through to the quarter finals but Chelsea and Spurs will have to do it the hard way if they’re to progress to the next phase. 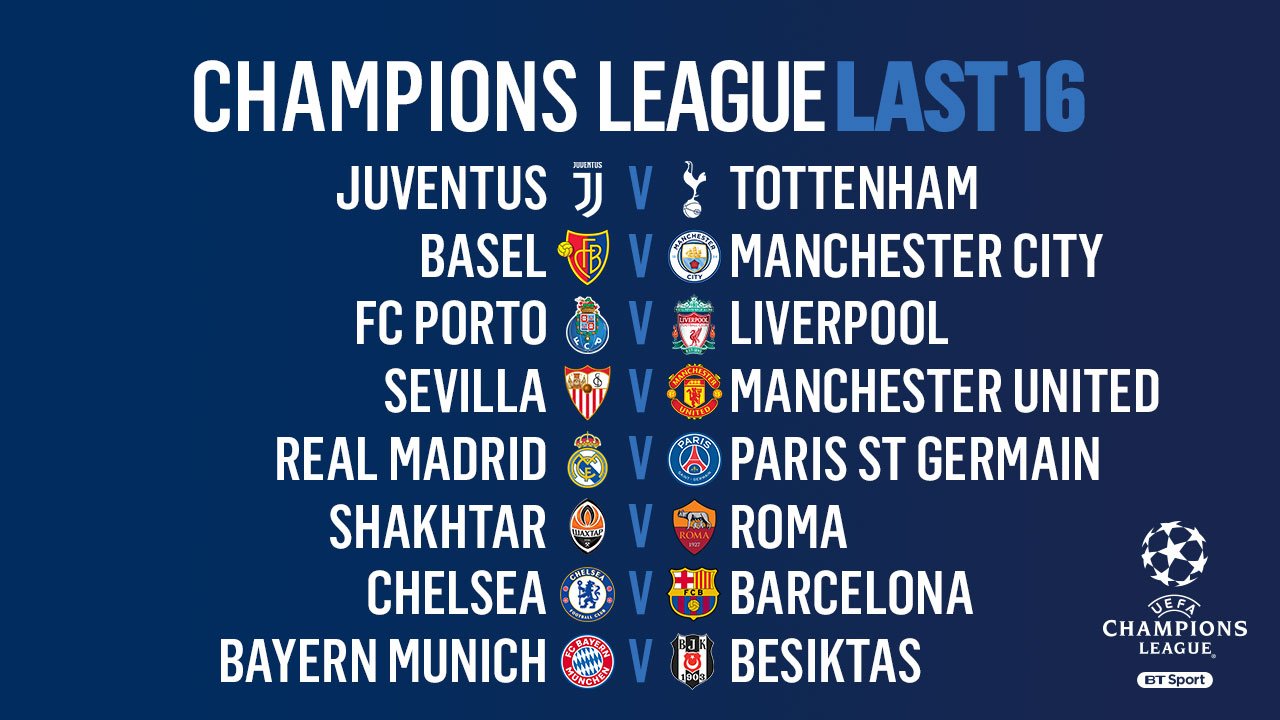