Tottenham are facing a season-defining run of fixtures that will see them take on Manchester United, Liverpool, Arsenal and Juventus over a two-week period.

Tottenham are facing a season-defining run of fixtures that will see them take on Manchester United, Liverpool, Arsenal and Juventus over a two-week period.

The north Londoners were drawn against Juve in the last-16 of the Champions League this morning and it’s now been confirmed the first leg will take place in mid-February.

As group winners, Spurs play away first meaning they will head to Turin on Tuesday February 13th to face the reigning Serie A champions at the Allianz Stadium before the return leg at Wembley on March 7th.

The fixture computer hasn’t been kind to Tottenham as the crucial Champions League first leg comes after a run of three Premier League games against some of their closest rivals.

Tottenham then entertain Arsenal at Wembley in the north London derby the following weekend before their trip to Juventus on the Tuesday so it means they’ll face four crunch games over just 13 days. 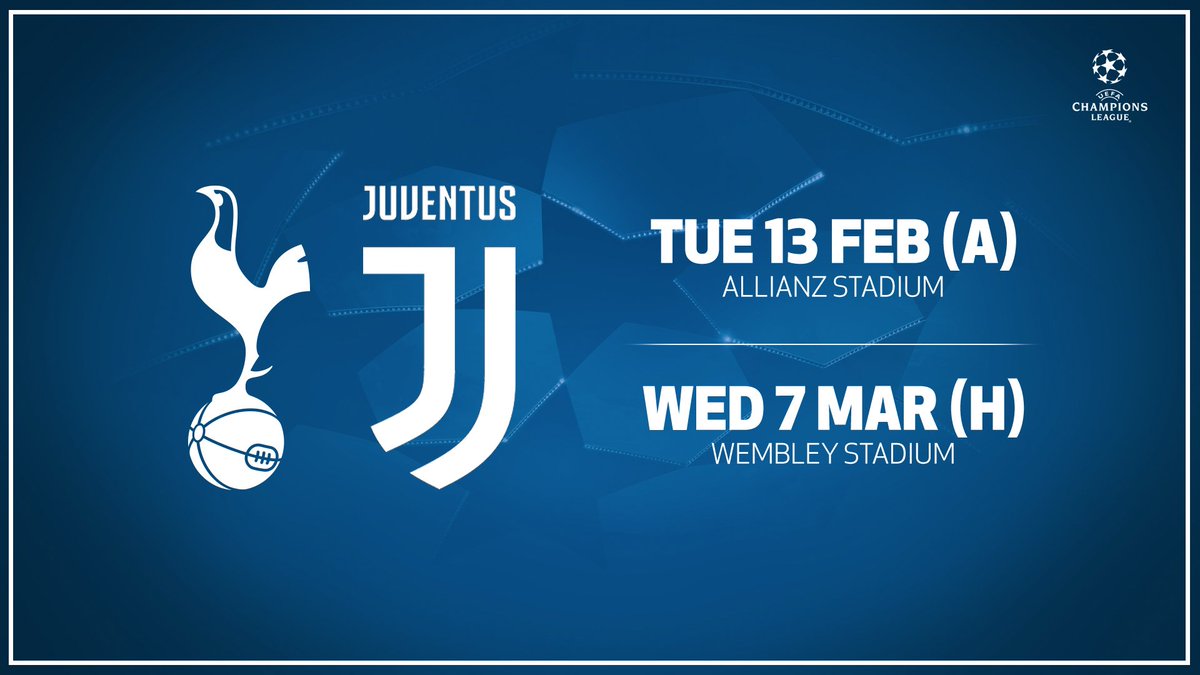 It’s sure to be a season-defining period for Mauricio Pochettino’s men as they try to secure their place in the top four and progress to the quarter finals of the Champions League.

The Spurs boss will be praying his key men stay fit during that crucial period as even a minor knock towards the end of January could see the likes of Harry Kane or Dele Alli miss four pivotal games.