Manchester United take on Bournemouth at Old Trafford this evening. Here is a preview with the latest team news, line-ups and prediction

Manchester United will be desperate to get back to winning ways following their derby disappointment when they take on Bournemouth at Old Trafford this evening.

United slumped to a 2-1 defeat to Manchester City on Sunday afternoon which has seen Jose Mourinho’s men drop 11 points adrift of their rivals in the title race.

It’s going to be extremely difficult for United to claw back that lead, especially with City playing so well, but Mourinho will be demanding a response from his players tonight so they can at least try and apply some sort of pressure on City.

United also have to start looking over their shoulder as Chelsea moved level on points with a win last night while only seven points separates them from seventh-placed Tottenham so it’s going to be tight in the race for the top four.

Bournemouth arrive at Old Trafford having picked up just three points from their last four league games and they sit 14th in the table so Eddie Howe will be desperate for a positive result this evening.

United will continue to be without midfielder Paul Pogba as he’s remains suspended while Marcos Rojo is a doubt after suffering a head injury at the weekend.

Eric Bailly and Michael Carrick remain on the sidelines with a groin injury but Marouane Fellaini could be back in the squad after recovering from a knee problem.

Mourinho may recall Phil Jones after he overcame a thigh injury while Luke Shaw could be given another chance to impress if Ashley Young needs a rest.

Bournemouth welcome Adam Smith back in to the squad after he served his suspension but Tyrone Mings, Adam Federici and Brad Smith are still unavailable. 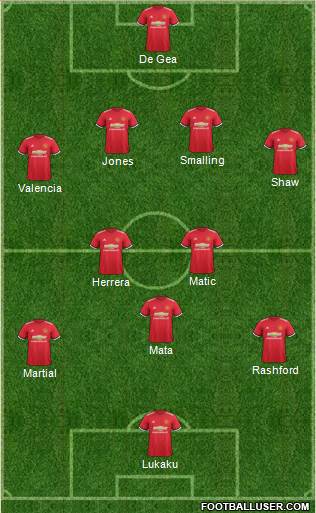 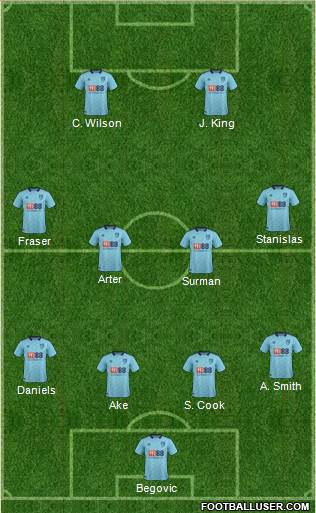 Man Utd 2-0 Bournemouth: The Reds have won five of their six meetings with Bournemouth and Sunday’s loss to City was their first in 40 games at Old Trafford so they should still be confident this evening. Bournemouth can be a dangerous side but they aren’t playing well enough to get anything tonight so I’m backing United to bounce back with a routine win.