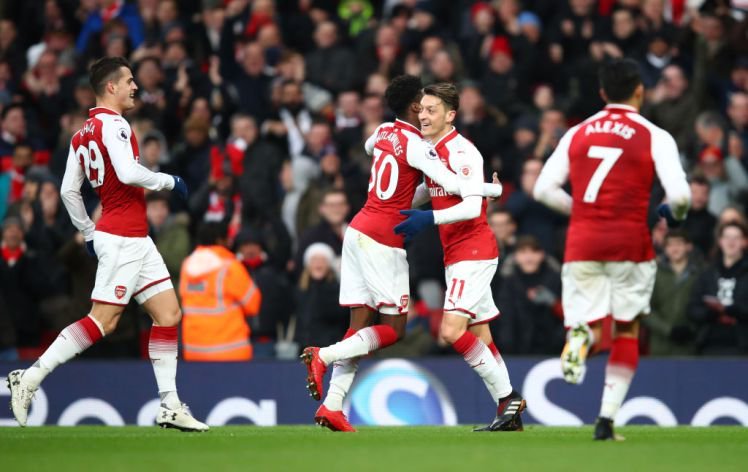 Arsenal moved up to fourth in the Premier League table with Mesut Ozil’s stunning volley enough to secure a 1-0 victory over Newcastle United at the Emirates this afternoon.

We started brightly but missed a few half-chances with Alexis Sanchez and Hector Bellerin both seeing efforts blocked by the Newcastle defence early on.

We eventually found a breakthrough and it was worth the wait as Mesut Ozil lashed home a stunning volley in the 23rd minute after Sanchez’s shot was blocked.

We controlled the game for long periods and could have doubled our lead but Alexandre Lacazette chipped over the bar when well placed midway through the second half.

Jack Wilshere then wasted a great opportunity to put the game to bed but he fired his shot straight at the keeper from 10 yards after Olivier Giroud’s cushioned header teed him up.

Newcastle grew in confidence during the closing stages of the game and pushed for an equaliser but thankfully we held on to seal a 1-0 win that sees us climb in to fourth spot ahead of Tottenham’s trip to Man City.